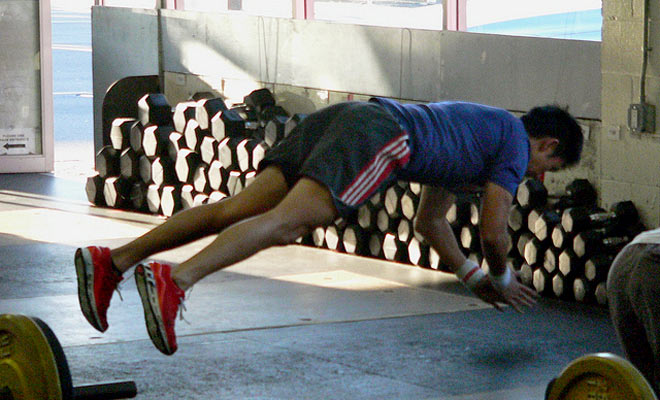 What It Is
First-time visitors to a CrossFit gym may wonder: Where are the machines? The answer: You are the machine in this conditioning regimen, which relies on exercises like push-ups, pull-ups, sit-ups, and weight lifting. The goal is all-over fitness. But community also matters at CrossFit. During the annual CrossFit Games, enthusiasts gather from around the globe to compete. If you want to make friends and feel like part of something larger than yourself, this could be your thing.

What You Can Expect
Grueling, maximum-intensity workouts that leave you on your hands and knees gasping for air. This is how the cast of 300 became warriors, after all. But most devotees are type-A cubicle dwellers (present company not excepted). After I tried CrossFit, other workouts felt benign. The open-source business model allows anyone to open a “box” (CF-speak for “gym”) with little oversight, so remember that the quality varies wildly. Most CrossFit gyms charge about $200 a month for unlimited classes; it pays to shop around.

Where You Should Go
Crossfit Los Angeles was the first of its kind in the city and is still respected—and expensive. The coaches at Monrovia’s Team CrossFit Academy lead an exhaustive beginner’s program. Paradiso CrossFit, in Marina del Rey and Venice, hosts group excursions such as rock climbing. The 15,000-square-foot Valley CrossFit, in Van Nuys, has a friendly vibe.