Home Uncategorized The Power Playbook: 4 Ways To Kick It 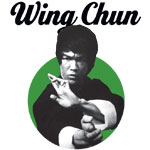 At first, a typical capoeira class may resemble a “Kumbaya” circle spiced up with lunges, roundhouse kicks, evasive dancing, and the occasional headbutt. Brazilian beats play as combatants pair off to do battle. The winner prevails through acrobatic prowess and simulated death blows, all of it leading to greater body control and calorie burning.

HISTORY: One theory is that capoeira traces its origins to Africa in the 1500s, when the fighting techniques of tribes morphed into a pantomime that held no apparent threat to their oppressors. However, slaves in Brazil showed its efficacy in revolts prior to emancipation. Capoeira is now recognized among Brazil’s national sports.

WHERE: All major strains of capoeira are taught in the city. At Capoeira Brazil students can begin practicing at age three. For a new student the rudest introduction to muay Thai will likely be your opponent’s elbow. It may present itself with a forward thrust to the face or in a spinning blow to the solar plexus. Knee strikes and neck clinching are also part of the arsenal of moves that defines Thailand’s national sport.

HISTORY: Muay Thai, a discipline for Thai warriors, has been taught in Buddhist monasteries for centuries. Jean-Claude Van Damme introduced it to Western audiences in the 1989 film Kickboxer. Perhaps because of that, muay Thai didn’t gain a foothold in the United States until 2005.

WHERE: Local classes emphasize the cardio, fitness, and self-defense elements of muay Thai. West L.A.’s AMMS Muay Thai stresses the spiritual underpinnings. At the Yard, in Lincoln Heights, personal trainers can teach you to compete. The foundation of this southern China kung fu style is to protect your body’s central dividing line while attacking your opponent. Elbows stay in, and instead of roundhouse punches, you launch your fists in a straight line.

HISTORY: According to legend, an abbess fleeing the forces of the Qing dynasty stopped to witness a fight between a crane and a cat and incorporated their thrusts and parries into a new form of kung fu. Bruce Lee gave the martial art new relevance.

WHERE: Wing chun is taught at about a half-dozen dedicated academies as well as at martial arts gyms across Los Angeles. If you’re interested in a high celebrity quotient, West L.A.’s Eric Oram of Wing Chun Kung Fu trained Robert Downey Jr. for Sherlock Holmes and Iron Man 2 and Christian Bale for Batman Begins. The aim of this Japanese martial art is to achieve ki ken tai itchi, a state in which spirit, body, and sword merge into one. Sometimes you get to wear incredibly cool-looking body armor.

HISTORY: By 1876, when Japan’s Meiji emperor outlawed the carrying of steel swords, samurai techniques had been incorporated into several schools of bamboo stick fighting, which would soon merge with the practice of kendo. While kendo still embraces many of the aspects of the samurai code, the All Japan Kendo Federation now promotes “peace and prosperity.”

WHERE: Little Tokyo’s Chuo Kendo is the oldest of L.A.’s kendo dojos. Kendo masters also hold classes in Japanese community centers from Venice to Sun Valley. The Southern California Kendo Organization can steer you to the closest one in your area.