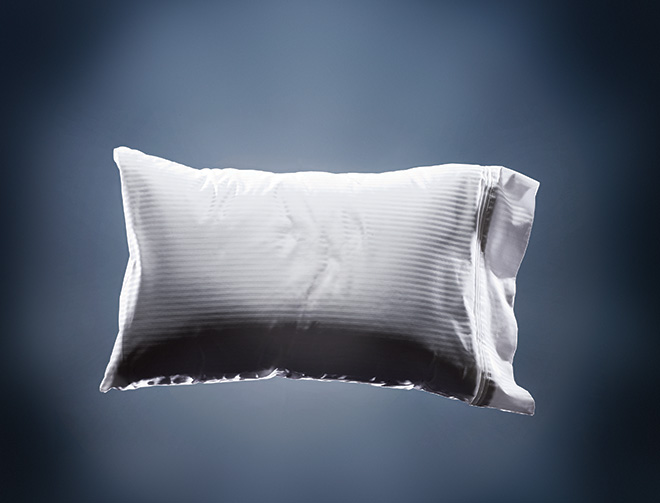 Ebony Simpson has a schedule that could make anyone tired. The 31-year-old publicist wakes at 7:15, works from 9 to 5 at her office near Mar Vista, spends the evening studying for a master’s degree, goes out with friends or to networking events, and finally drops off to sleep as late as 2 or 3 a.m. She says she thrives on all the activity but admits that “it wouldn’t be possible without Starbucks.” Still, that’s nothing compared with an average weekday for 23-year-old Stephen Daniels. The Michigan transplant works for BloomNation, a Los Angeles start-up that provides online access to local florists. “I sometimes don’t leave the office until about 10 or midnight, don’t get to sleep until after 1, then get up at 6 a.m.,” he says. On his best nights he’ll get seven hours of sleep; on his worst, only two.

Simpson and Daniels aren’t unique, and that’s the problem. “My experience is that people in L.A. are more sleep deprived than people in other places,” says neuroscientist Christopher Colwell, director of the Laboratory of Circadian and Sleep Medicine at UCLA. “We’re working in demanding areas, including the entertainment industry and shipping at the ports—jobs that require a lot of late nights.”

There’s good reason to believe Los Angeles may be falling behind when it comes to sleep. The average Angeleno’s workday starts 12 minutes earlier than the average San Franciscan’s and 19 minutes before the average New Yorker’s (adjusting for the time difference), says a new report by popular statistician Nate Silver. We don’t seem to compensate for it by going home early, either: People in the L.A. metropolitan area work up to an hour and a half longer per week than typical employees in the vicinity of New York City, according to the U.S. Bureau of Labor Statistics. That doesn’t even count the 64 hours per year we spend just stuck in traffic. Add factors like family responsibilities, nightlife, urban stress, and noise, and it’s no shocker that only about one in four Angelenos said they were doing an “excellent or very good job” at getting enough sleep in a 2012 survey conducted by the American Psychological Association.

You could be drinking kale smoothies every day, avoiding sugar like it’s your ex-husband, and swinging kettlebells until the cows come home, but research consistently shows that none of it can counteract missing sleep on a regular basis. If you’re unconvinced, look in the mirror. The body releases much of its human growth hormone, which helps keep muscles taut and skin thick and elastic, during deep sleep cycles. Less sleep, less HGH. Your very genetic makeup changes when you’re short on sleep, amplifying genes related to inflammation and stress while turning off genes involved in cell renewal.

Sleeplessness can also cause you to put on weight. It increases levels of ghrelin, a hormone that encourages you to eat, and decreases leptin, a hormone that tells you when your appetite is satisfied. In a UC Berkeley study last year, after a single night without sleep, participants began jonesing for high-calorie foods such as sweets and chips; brain scans showed that photos of junk food evoked activity in the amygdala, an area that affects cravings. At the same time, metabolism slows, so the food you do eat isn’t turned into energy as effectively. “We see changes in a person’s metabolism and endocrine profiles within five to seven days of not getting enough sleep,” Colwell says. “Your body starts behaving as if you have type 2 diabetes.”

Heavier bodies are more prone to obstructive sleep apnea, which can decimate sleep quality, notes Roy Artal, medical director of Tower Sleep Medicine near Beverly Hills. Especially when there’s excess fat around the neck, relaxed throat muscles can intermittently block the airways (causing the classic midsnore pause we’ve all heard). Momentarily deprived of oxygen, you wake up, often without even knowing it, many times during the night. This can lead to serious medical issues, including high blood pressure and stroke.

Tower is one of several centers in L.A. that test for dangerous sleep disorders. If you sign up for a sleep study, you’ll spend the night in a room that’s somewhere between a hospital and a midlevel hotel. You’re fitted with electrodes and sensors to measure brain waves, eye movement, snoring, and leg movement. You may also be given sensors to monitor breathing patterns and oxygen in the blood. If sleep apnea is diagnosed, you could be prescribed nightly use of a continuous positive airway pressure device, consisting of a mask attached to a machine that pushes air into the nose and keeps airways open. “It’s one of the great achievements of sleep medicine,” says Jerome M. Siegel, director of the Siegel Lab at UCLA’s Center for Sleep Research.

But let’s say your schedule, not snoring, is the issue. Seven and a half hours is the average amount the body needs, though “it varies quite a bit,” Colwell says. Some people can function well on six and a half hours a night; others should get eight or nine to feel fresh and alert. Don’t try to emulate business leaders such as Yahoo CEO Marissa Mayer, who once claimed she can get by on four to six hours. Colwell points to a study of people who thought they needed six and a half hours of sleep but did better on tests when they got seven and a half. Simply put, if you’re sleepy during the day, you need more, Siegel says. Other ways to know you’re sleep deprived are if you’re out cold the second your head hits the pillow, can’t wake up unless your alarm clock is blaring, or depend on triple-shot espressos to keep from yawning your way through the morning staff meeting.

Caffeine will get you only so far in combatting the crankiness, sluggish thinking, and vulnerability to stress wrought by carrying a sleep debt. In fact, a new study by U.S. and Chinese researchers found that sleep deprivation destroys brain cells in mice. “We now have evidence that sleep loss can lead to irreversible injury,” said lead author Sigrid Veasey, associate professor of medicine at the University of Pennsylvania, after the study was released. “This suggests to us that we are going to have to look very carefully in humans.”

Drowsiness slows reaction time, too, which can lead to other types of irreversible injuries: The Centers for Disease Control and Prevention estimates that 15 to 33 percent of fatal car crashes nationwide may be due to “driving while sleepy.” Moreover, 4.8 percent of Californians admitted in a 2013 CDC report that they had fallen asleep in the driver’s seat in the past 30 days.

In his 2006 documentary Who Needs Sleep?, Academy Award-winning cinematographer Haskell Wexler tells the story of Brent Hershman, an assistant cameraman who, after a 19-hour workday on the set of Pleasantville in 1997, drifted off at the wheel and died in a car crash. Since then, Wexler and other film industry labor activists have demanded a “12 on, 12 off” schedule: no more than 12 hours per workday and at least 12 hours of “turnaround” between shifts to leave enough time for sleep. But Wexler maintains there’s been little progress. “The only thing that’s changed is that producers are obliged to give you a hotel room if you say you’re tired” at the end of a shift, he says.

Trying to make up for lost slumber by sleeping in here and there is a poor solution. “Bingeing on sleep on the weekend doesn’t work,” UCLA’s Siegel says. “Your body’s circadian rhythms”—the biological cycle that regulates sleepiness and wakefulness—“get synchronized if you’re on a regular schedule.” If you wake up at night and can’t fall back to sleep, don’t force it; get up and do something relaxing until you feel drowsy. A lunch-hour nap might offer a boost, but keep it under 45 minutes, says Colwell, or else you’ll have an even harder time at night. And since your body’s inner clock is geared to follow daylight and darkness, try to get some sunlight in the morning and avoid bright lights near bedtime. If you’re watching back-to-back Game of Thrones episodes in the glare of a 55-inch screen, it isn’t just the sex and violence keeping you awake.