Home Uncategorized Mad About You 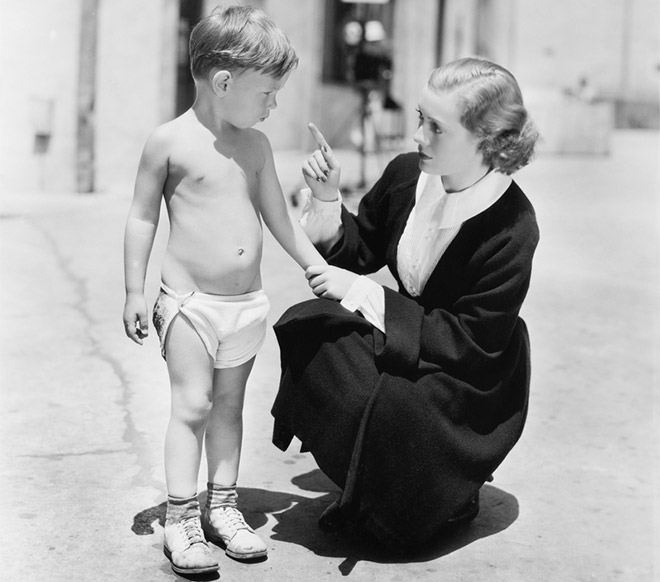 Anger isn’t something to hide from your kids, believes Ruth Beaglehole. “It’s one of the most exciting and energizing emotions we have,” she says to a group of about 40 parents, each squeezed into a tiny child-size chair, who have shown up for her workshop on a recent evening. “I wouldn’t be doing the work I’ve been doing for the last 50 years if I wasn’t so pissed off about how I was raised.”

But when it comes to aiming anger or judgment at your kids, or expressing it in frightening ways, the child-rearing pioneer and founder of Echo Parenting & Education is not a fan. When a father relates how his five-year-old daughter threw a tantrum on the drive to ballet class—the girl’s hair, he admits, had fallen out of a bun that he’d ineptly cinched—Beaglehole shakes her head. “Who here has the authority to tell anyone else the feelings they are having aren’t real?” she asks, suggesting that instead of saying to his daughter she was overreacting, he could have pulled over and fixed her hair.

If that sounds a tad indulgent, like it did to me at first, take a breath. Because for many, this 70-year-old Echo Park resident is the grandmother of West Coast parenting, a guru whose name inspires reverence (she’s even given a TEDx Talk). Beaglehole’s empathy-based ideas share similarities with the philosophies of attachment parenting and Resources for Infant Educarers (RIE), both of which were, like hers, either born or heavily fostered beneath our Southern California sun. These approaches all start with the idea that parents should respect their children and that connection is better than forced compliance. That means no corporal punishment (not for nothing was the Echo once known as the Center for Nonviolent Education and Parenting), no discipline through shame or manipulation (like elaborate reward systems), and no time-outs. Why? Because sending your kids to their rooms doesn’t teach them how to identify or regulate their feelings. In Beaglehole’s view, that amounts to banishing children when they need connection most.

Beaglehole says that to be better parents, we must redefine some basic terms. There is no “bad” behavior because all behavior is just a strategy for communicating core needs. There are no bad feelings, either, and no emotions are off-limits for the child or the caregiver. Tantrums aren’t called that, since the word has a negative connotation. Rather, when a toddler kicks and screams on the floor of Nordstrom’s shoe department or a teenager slams a door in your face, they are expressing “big feelings.” How to deconstruct those feelings and not allow them to trigger your own is the trick. Beaglehole advocates making simple overtures, like offering your distraught child an orange or sitting down together and creating an “empathy book,” an illustrated account of a difficult moment (sample titles might include “Mama Goes to Work” or “Baby Sisters Steal”). In the workshop I’m attending, however, I learn it’s not just anger we’ve got wrong but what Beaglehole calls “the dominant paradigm of parenting.” As a culture, she contends, we may be loving our kids but not loving them well.

“It’s a crime the way we raise children,” says Beaglehole, a mother of three who’s quick to bolster her views with her own experience. “I grew up with great privilege, in a middle-class family of intellectuals, and yet I came out of childhood not knowing love. I had a hard journey with all sorts of problems. When I had children, I realized I did not know how to love them.” She pauses, then changes course. “I don’t see why this isn’t considered a public health problem—every aspect of society reaps the consequences of the trauma of childhood.”

Trained as a kindergarten teacher in her native New Zealand, Beaglehole says her parenting philosophy was shaped by the burgeoning women’s movement she encountered upon her arrival in Los Angeles. It was the 1960s, when child care, domestic violence, and child abuse were becoming top-of-mind issues for women. Beaglehole’s expertise led her to help found a day care center, informally known as the Playgroup, in 1970. There, child care was affordable, spanking was forbidden, and child rearing was seen as a communal responsibility. Still located on Lake Shore Avenue in Echo Park, that preschool was one of the first day care centers to adopt an antibias curriculum; it once hosted a visit from Black Panther leader Huey Newton.

Later, in the ’80s, Beaglehole developed a program for the Los Angeles Unified School District that enabled teen mothers to earn their high school diplomas while enrolled in her child care center. For three hours a day the young women learned nonviolent parenting techniques, and the transformations that occurred convinced Beaglehole that no matter how people were raised, they could learn to do better with their own kids. Cycles of violence could end and childhood traumas could heal, she came to realize, provided the right resources were accessible.

Perhaps the best testament to the program’s success is Diana Ayala. At 14 Ayala enrolled with her one-year-old child in Beaglehole’s LAUSD program; when she was 20, she began working at the nonprofit Beaglehole had founded in 1999 to bring parenting educational services to a wider audience. Today Ayala is Echo Parenting & Education’s coexecutive director.

“I’ve lived and breathed nonviolent parenting for more than 20 years,” Ayala says, “and I’ll be the first to tell you it’s hard, but it works.”

Echo Parenting & Education offers classes in English and Spanish and charges on a sliding scale to ensure no one is turned away. Classes are conducted across the city, and when you visit one you’re impressed by the diversity of the students—from those who are court ordered to attend classes to single teenage dads who arrive seeking a support group to middle-class thirtysomethings trying to do their best. Private classes are also available, as is professional training for teachers, therapists, and social workers.

But Beaglehole is restless. Last year she stepped down from her job as executive director (she is still active as a consultant) to travel and pursue other projects. Still, when she’s in town, she holds lectures and workshops. Given her roots, it’s not surprising that these can feel like consciousness-raising sessions. During the workshop (part of the Child & Adult Anger Master Class Series), we’re asked to visualize our rage, draw pictures of it, and name it. Then we do that thing that makes most people cringe: break into small groups for conversation. I cringe, too, usually, and yet this time I find the process disarming. Hearing about the wrath of others toward their loved ones makes my frustration with my defenseless children feel less troubling, less taboo.

Many progressive and attachment-based parenting strategies have come under fire for the undue pressure placed on parents, but the Echo approach is more forgiving. Parents are encouraged to see their role as a process to be practiced every day. Instead of judging themselves according to a set of fixed rules, they are urged to show up and be willing to learn. No one leaves a class “cured.” As Holly Ramos, a veteran of several courses, puts it, “I went looking for the magical key, and they are the first to tell you there isn’t one.” Learning new tools and techniques helps, but in the heat of a battle, the stuff parents experienced themselves as children (from shaming to spanking) isn’t easy to shake. “This is the hardest work you’ll ever do,” Beaglehole says. From her this sounds heartening.

“Parenting is a humbling experience,” says Louise Godbold, the Echo’s other executive director. “It speaks to the deepest part of us. Part of the work we do is to reexamine the norms—I tell people all the time that a cattle prod would be an effective tool for getting my kid to do what I want, but that’s not what parenting is about.” Shifting the perspective from the desire for obedience to a desire for understanding can make all the difference. It’s subtle, this nonviolent stuff, but the effects can be life-changing.

After spending time with Beaglehole, who seems able to see the good in almost any situation, it’s hard not to be a believer. Missteps are, in her view, just opportunities for more healing. She remembers one class, in the old Playgroup building, where the staff had hung “all these beautiful sayings” from the ceiling tiles. Suddenly a mother strode across the room, directly beneath the positive affirmations, and whacked her child for not sitting attentively during story time. “It was wonderful,” Beaglehole says. “I remember feeling great joy that a core issue was made so visible.”