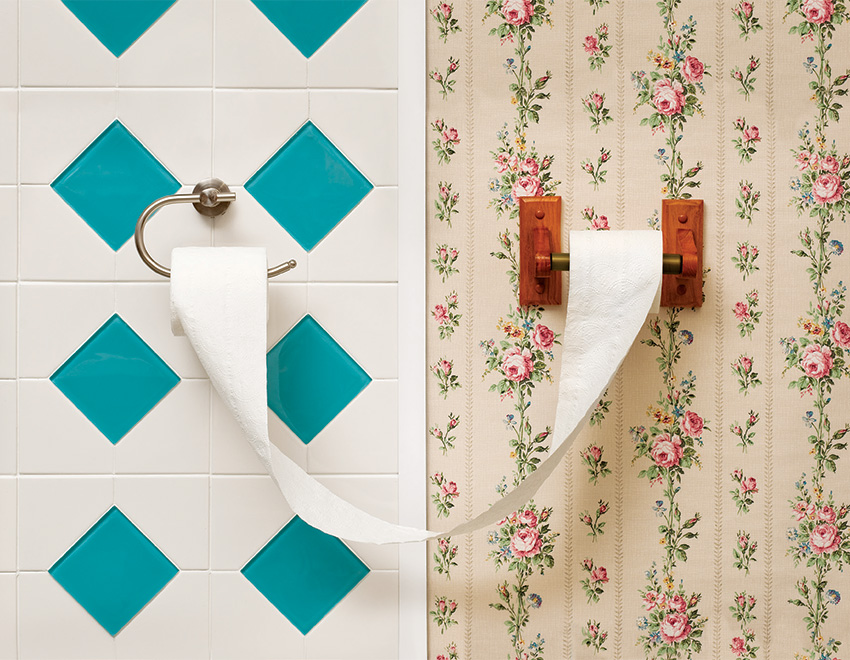 The case was confounding but, sadly, all too common: A 64-year-old man undergoing chemotherapy for colon cancer was wasting away from the severe gastrointestinal infection clostridium difficile colitis—better known as C. diff—and traditional antibiotics weren’t working. During his second stay at the Veterans Administration hospital in Long Beach, the six-foot-tall man dropped from 118 pounds to 95.

“I couldn’t believe the doctors were going to let my father die of diarrhea,” says his daughter, Guinevere Park-Hall Dethlefson. Then she heard about fecal microbiota transplantation (FMT), an unconventional procedure in which bacteria-rich stool from a healthy donor is deposited into a patient’s intestine via a colonoscopy or an enema. It took extensive research on her part, not to mention a lobbying campaign (the hospital initially said it wouldn’t perform FMTs), but a mere four hours after the transplant, her father felt better.

“He ate his whole dinner that night—something he hadn’t done in months,” Dethlefson says. Since the procedure, he hasn’t had a recurrence of C. diff, an infection caused by bacteria that inflames the colon. It is contagious (particularly in health care facilities) and sometimes fatal, killing about 14,000 Americans a year.

The story of Dethlefson’s father, like much of the anecdotal evidence surrounding FMT, corroborates what medical trials have borne out: 90 percent of recurrent C. diff patients who receive fecal transplants are cured, most after one transplant; a smaller percentage requires two. The procedure has proved so superior to standard antibiotic treatment that a clinical trial comparing the two methods was terminated early; the researchers concluded it was unethical to continue giving the control group only antibiotics. Two weeks after recipients received FMTs, the diversity of their fecal microbiota was similar to that of their donors, indicating that the lifesaving balance of microbial flora could be restored. “It’s the cheapest and most effective treatment for C. diff—it should be the first thing to try, not the last,” says Dethlefson.

The procedure involves poop, however, and perhaps more discomfiting, poop being inserted into the body instead of being expelled from it. For most of us, that concept can be difficult to stomach.

You ever had a high colonic?” Sarah Jessica Parker asks Steve Martin in the 1991 comedy L.A. Story. Just as colon cleanses were the rage back then, juice cleanses promise similar results today. Our culture, it seems, is obsessed with elimination and holds tightly to the notion that cleanliness is next to godliness, even in our gut. Research into the human microbiome suggests the opposite: A healthy body teems with bacteria; some 100 trillion microbes live in and on each of us—the gut is not an area you want squeaky-clean. Moreover, we have not been kind to our colons. We eat processed foods that are low in fiber and quickly absorbed (often as sugar) before they reach the intestines.

Think of it this way: Our digestive systems, from a microbial point of view, are starving. Other factors may affect intestinal flora—cesarean births, for one. Babies born vaginally acquire important microbes in the birth canal that kids delivered through C-section do not, which might account for the higher rate of allergies and asthma in C-section children. Perhaps the greatest damage to the flora’s diversity is caused by microbe-killing antibiotics, which tend to be overprescribed both for people and the livestock we eat. When beneficial bacteria are wiped out by antibiotics, we become more susceptible to antibiotic-resistant maladies such as C. diff. In its 2013 summary of such threats, the Centers for Disease Control and Prevention classified C. diff as “urgent,” in part owing to new hypervirulent strains that increased the number of deaths related to the disease by 400 percent between 2000 and 2007.

Disrupting the bodies’ internal ecosystem may do more than create a hospitable environment for C. diff. As scientists look more closely at microbiome management, hopes are high that the cure for all sorts of chronic conditions—even depression, obesity, and autism—might be tied to improving the health of our gut with a substance we are taught from childhood to shun in polite conversation. Studies are beginning to show benefits in the management of other incurable inflammatory bowel diseases such as colitis and Crohn’s disease. Positive results have also been observed in the treatment of diabetes. “There are many conditions that will likely benefit from fecal transplant,” says Sonia Michail, a pediatric gastroenterologist. She is overseeing two clinical trials at Children’s Hospital Los Angeles and Miller’s Children’s & Women’s Hospital Long Beach—one on FMT for pediatric patients with recurring C. diff, the other on FMT for those with ulcerative colitis.

Despite the fact that, as proponents of the procedure point out, fecal transplants have been used to treat a variety of illnesses since the 4th century, only a handful of physicians in Los Angeles perform it. The FDA, concerned with standardizing the protocol and ensuring the safety of stool donations, issued a ruling in 2013 that placed tight regulations on FMT, allowing it to be implemented only in the treatment of C. diff. Michail is hopeful, however, saying, “The regulatory aspect will likely change in the future based on outcome and safety data from current studies.”

But for people like Guinevere Park-Hall Dethlefson, there’s little time to delay. She says the lesson she learned from her father’s recovery is simple: “If you have healthy poop, share it!” Dethlefson concedes that’s easier said than done. Before her dad received his FMT, she tried to have her own stool tested to see whether she could be his donor (infectious diseases such as hepatitis A can be transmitted through stool, as can parasites). The VA hospital, however, refused to analyze her feces without a doctor’s order. And when the hospital told her the procedure couldn’t be performed because a blender wasn’t available, she purchased one. (Dethlefson says the hospital declined to use the gift.)

Whipping up a fecal slurry at home may sound extreme, or at least off-putting, but it is much like making, say, a strawberry smoothie. What’s more, with so few Southern California facilities currently providing the service, it may be the only way for many people to experiment with FMT. In countries such as Australia and En-gland, doctors often urge their patients to play a hands-on role in their own treatment—in this case, enemas—provided they test the poop first.

In Los Angeles, Allen Kamrava, a colorectal surgeon, had to switch facilities following the FDA’s ruling. Cedars-Sinai Medical Center, where he had been based, would no longer permit him to perform the procedure unless he completed an Investigational New Drug Application—a series of forms that can take up to 800 hours to fill out. While Kamrava adheres to the FDA’s regulations and performs FMT only for those suffering from recurrent C. diff, he also advises patients who are interested in trying fecal transplants at home for other inflammatory bowel conditions.

“That’s totally legal,” Kamrava says. “There’s nothing to stop people from doing it themselves. This week alone, three people have come in for non-C. diff conditions.
I talk to them about what a fecal transplant is, why the FDA is worried, what the risks are, how to screen a donor, and how to do it safely.” A number of online videos illustrate all you need to know as well—or provide a little food for thought about a world in which the answer to a host of ongoing medical challenges may be as simple as excrement.