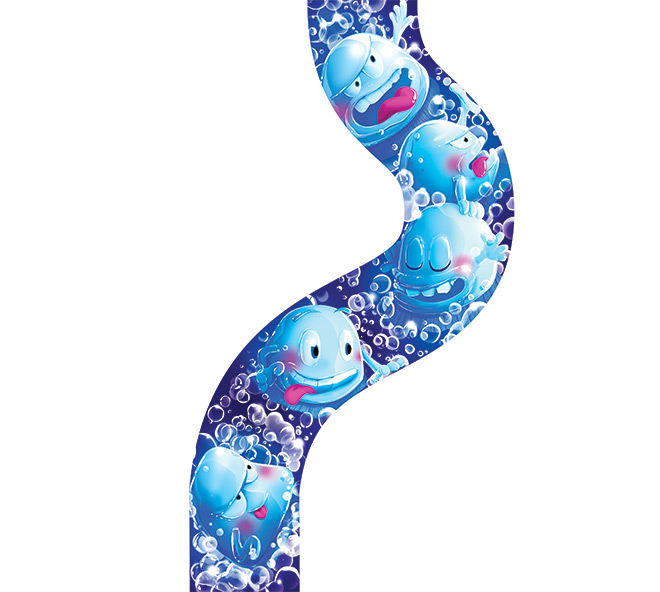 I recently received an e-mail that brought my Internet privacy concerns to a whole new level: “Are you POOPING after every meal? (You should be.)” Someone in the spamosphere was so gravely concerned about my bathroom habits that the matter deserved a subject line with capital letters for added gravitas. The e-mail went on to tell me there were “toxic bugs” living in my intestines, clogging up the works, and if I didn’t start “eating clean,” my innards would succumb to deadly organ termites. How and when these foreign organisms would kill me was unclear, but the missive ended with an offer for a “toxic bug belly fix” that would include $150 worth of pills. It would work like the reverse of a Black Flag Roach Motel: Nothing goes in—it all comes out.

The only thing I purged was that e-mail from my in-box, but the clean-eating trend continues to invade my space like the scent of patchouli oil. At Café Gratitude, the vegan hot spot in Larchmont Village, I eavesdropped on two women who radiated good health like a pair of glowing LEDs as they demonized various food preferences. “Who are these people who drink beer and eat cheeseburgers?” one asked with a shudder. “It’s practically suicide.”

I’m not about to claim that beer and cheeseburgers are good for you, but let’s not liken the consumption of yeast, wheat, and meat to eating lead. The clean movement tends to enjoy extremes, a path that includes a strict “elimination” diet, an even stricter cold-pressed-juice regimen, and a literal end point, a treatment known as colon hydrotherapy. For clean fanatics, the body is like an overstuffed trailer on Hoarders—and just as deserving of a team of experts to rid you of your dangerous filth.

Take, for instance, the best-selling book The Eat-Clean Diet by health guru Tosca Reno. She believes that being clean means consuming a diet of fruits, vegetables, whole grains, and lean protein. Fair enough. But one must also abandon simple carbs and alcohol (also known as “everything I’ve ever enjoyed consuming in my entire life”). Like that e-mail, Reno warns that clients who abandon her plan will discover that their “bountiful energy” will “disappear with every bite of poisonous food, leaving them wilting and writhing on the couch.” I’m terrified enough to buy her book, but can her diet really exorcise my demon digestive tract?

Probably not. “Saturated fats are impossible to avoid,” says Roberta Anding, a registered dietitian and member of the American Dietary Association. “Some fats are healthy, and alcohol has been proven to be helpful in maintaining cardio health.” In other words, Yay! What’s more, ADA research indicates that diets with more rules than a cricket match are difficult to follow on a long-term basis, which makes someone more likely to fall off the wagon and into a Roscoe’s House of Chicken ’n Waffles.

Kale-chlorophyll-alkaline-water smoothies that cost more than the minimum wage are standard L.A. fare, but various manufacturers are turning liquid meals into a cottage industry. A new product called the Red Carpet Cleanse seems tailor-made for Hollywood hopefuls. During the 72-hour program, you consume several “meals” a day of juice, juice, and more juice. It promises to rid you of “toxins,” including “pesticides, heavy metals, residues of molds and fungi.” By enduring this diet, you could have the famous red carpet body of…David Arquette. Yes, the Adventures of Sharkboy and Lavagirl 3-D star is the celebrity spokesperson for this cleanse. Which means for $325 and three days of insanity, you can end up looking pretty average. Even worse, all of that deprivation may cause weight gain. “You actually discard a lot of things that are beneficial when you juice,” says Zhaoping Li, M.D., an internist at UCLA’s Clinical Nutrition Department. “An all-juice diet consists largely of sugar, with insufficient proteins and fats to balance the fructose.” (So Jamba Juice is why I’m fat.) Flushing out your system is also suspect. The body rids itself of toxins through the liver, kidneys, lymph nodes, and yes, the colon, but it doesn’t necessarily need extra help.

The last stop for compulsive cleaners is hydrocolonic therapy. A procedure that originated in ancient Egypt, it’s currently practiced by at least one embalmed cast member of The Real Housewives of Orange County, among others. Proponents of this practice claim that humans are in danger of “autointoxication,” a phenomenon in which your own feces poison you. Though modern medicine has debunked the idea, there might be a grain of truth about Angelenos being so full of shit, it’s potentially life threatening.

According to Cindy Fulsom, founder of Vitality Flow, a hydrocolonics studio in Mar Vista, this is how the process works: A braver soul than I enters a private room in a spalike setting and lies on a table. A hose is inserted into the rectum, and a “therapist” blasts the lower rung of the digestive tract with 100-degree water (a pleasant temperature for a hot tub, not so much for a colon). All that nuclear dookie is flushed through the rear until the lower intestine is a sparkling husk. The result, Vitality Flow promises, is the restoration of “balance to your life on a physical, mental, emotional, and spiritual level.” I’m not sure whether this counts as “spiritual,” but I’ll admit the thought of hydrocolonics makes me want to pray for mercy.

As it turns out, putting the spit shine on your colon isn’t just uncomfortable—it’s ineffective. “There is absolutely no scientific evidence indicating that cleaning out our colon is helpful,” says Jeffrey Milsom, M.D., chief of colon and rectal surgery at New York-Presbyterian/Weill Cornell Medical Center and executive director of its Center for Advanced Digestive Care. “The colon is loaded with bacteria and viruses. That’s normal. Colon hydrotherapy can kill the important probiotics needed to maintain a healthy balance.” Sure, but what about those globs of deadly toxins sticking to our insides like mollusks to a mothership? Milsom describes that theory as “the most absurd thing I’ve ever heard in my entire life.” Also, hydrocolonic therapy isn’t regulated by the Food and Drug Administration, which means that anyone with a water hose and a Dirt Devil can call themselves a “professional.” Here’s a thought: You need a license to cut hair and paint fingernails but not to Roto-Rooter someone’s rear end. All that’s required is a passion for the job.

I have a quicker, cheaper prescription for an instant cleanse. Try stand-up comedy. Nothing makes the bowels move quite like humiliating yourself before an audience. I’d argue that part of this clean obsession stems from the desire to avoid emotional discomfort, a psychosomatic desire to banish that icky sensation of being human. Feeling fundamentally disgusting is an unavoidable part of life, like breathing or having to use the Porta-John at the Renaissance Faire. Thankfully evolution overrides neurosis. “Our bodies have natural intelligence, healthiness, and balance,” Milsom says. “We can trust that.” Perhaps we can relax and return to a world where juice is for toddlers, fasting is for saints, colonics are for porn stars—and I can eat my cheeseburger in peace.