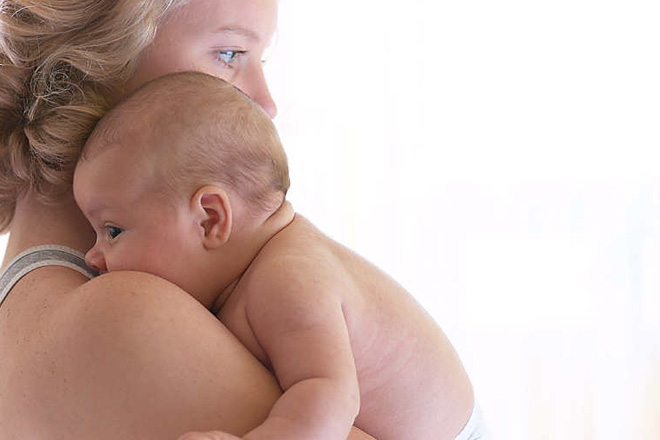 For a healthy woman with a low-risk pregnancy there exists an array of choices for delivery—obstetrician or midwife; home, hospital, or birthing center; epidural or natural. But for those with certain conditions (twins, previous cesarean, breech) the options often dwindle to one: a planned cesarean. That is, unless you can find an OB-GYN who is willing to deliver a tricky birth vaginally—a prospect that can be as difficult as, well, actually pushing a baby out.

Paul Crane, 68, estimates he has delivered 5,000 babies in the past four decades. “When I began, it was the Mad Men era of births, when women were shaved, given enemas, and heavily sedated,” says Crane, sitting in his Beverly Hills office in a trademark cashmere sweater and looking more like a tenured college professor than the guy who delivered the latest generation of Kardashian babies on TV. “Twilight sleep was traumatic for women, and the guys were out in the waiting room smoking. It was the public that started the more naturalistic movement in the ’60s.”

“Naturalistic” these days is harder to define. That’s because childbirth, according to Crane, has become overly complex. “The problem in obstetrics is, we want perfection,” he says. “You never want to be accused of not doing stuff, so we do more tests, more interventions, and make more diagnoses that maybe don’t exist but ‘just to be safe.’ This is the mind-set of the public, not just the doctors. And we keep ramping up the cost of health care because of it. When I started in obstetrics, the average chart for a patient was a skinny, skinny file because we hardly did anything. Now look at this.” He gestures toward his desk and the piles of thick charts stacked on it.

The threat of something going awry is enough to scare away any doctor from deliveries with a high degree of risk. According to the latest study by the American Congress of Obstetricians and Gynecologists (ACOG), 58 percent of OB-GYNs changed their practices because of the risk or fear of liability claims or litigation in 2009. Those changes included decreasing the number of high-risk patients, increasing the number of cesarean deliveries, and refusing to perform vaginal births after cesareans, also known as VBACs (for women who have had a delivery via cesarean and don’t want to go that route the next time).

The changes are distressing given the 2011 study conducted by the California Department of Public Health, which shows an unusually high rate of maternal mortality and morbidity in California throughout the last decade and suggests the increase in C-sections is a possible contributing factor. Similar results from a prior study prompted California Watch, an investigative journalism Web site, to declare, “It’s more dangerous to give birth in California than it is in Kuwait or Bosnia.” Like any major surgery, cesareans carry risks and complications, including maternal hemorrhaging, infection, and the potential for problems with future pregnancies. But they’ve soared in popularity to the point that they are the most common surgery performed in U.S. hospitals; roughly one in three women delivers via C-section. California’s cesarean rate is slightly higher than the national average. Now, as cesareans come under new scrutiny, it appears our overreliance on high-tech birthing might be setting us back. It might be safer, in some cases, to use old-fashioned methods.

Which is where doctors like Crane, who still know their way around a pair of forceps, fit in. (Full disclosure: He delivered both of my babies, neither of whom had any complications or required medical intervention.) Finding a doctor who has the technical skill and, almost more important given the litigious climate around childbirth, the willingness to perform a breech birth without resorting to a cesarean requires a different philosophy. Like other highly skilled crafts—say, film projection or hand tattooing—delivering a breech baby vaginally is a disappearing art. There’s little incentive to do it; it is time consuming, poorly rewarded (it’s much faster to do a cesarean), and as Crane is the first to admit, “incredibly stressful.”

“Birth is a dynamic process,” says Dr. Ronald Wu, a 71-year-old Glendale OB-GYN who, like Crane, enjoys a cult-like reverence among patients, nurses, and midwives, and is another of the few remaining doctors who will perform a breech delivery vaginally. “Every minute it changes. In pregnancy the body holds the baby in, but in labor the games begin. You have to have the knowledge of how to manage the changes. I examine the patient, and say I touch the baby and the baby didn’t like it, so the heartbeat drops. But that’s just temporary. Don’t use that as an excuse for a C-section.”

A more common case than breech is the VBAC, which makes up less than 10 percent of births. Crane and Wu have much higher VBAC rates—and much lower cesarean rates—than average. (When TV producer Mel Kennedy, pregnant with her second child, met with Wu to discuss the possibility of a VBAC, she recalls him saying, “Why would you go through the ceiling when we can use the front door?”) According to Crane, about a quarter of his obstetric patients opt for VBACs. “The biggest thing we should be doing more of as obstetricians is VBACs,” he says. Crane believes in informed choices to such a degree that he hosts an after-office-hours lecture on the history of childbirth for his new patients, illustrated with his collection of vintage obstetric instruments as well as more relevant tools such as the epidural needle.

All births have risks. It’s the amount of risk that makes the difference, and that is something few doctors parse with patients. Even though the ACOG is releasing less restrictive guidelines for breech and VBAC deliveries, after decades of advocating cesareans the deck is stacked against any change. Skill sets are already lost, and a broader culture of fear (of litigation, of risk) has taken over obstetrics.

It’s clear that Wu and Crane are not just confident in their abilities; if you are a pregnant woman, they are confident in yours, too, and in today’s medical climate, that comes as a surprise. “I don’t like the word ‘patient’ for obstetrics,” says Crane. “Midwives call their patients ‘clients,’ but I don’t like that. It sounds like I’m a lawyer. There needs to be another term than ‘patient,’ which implies that the person is sick.” Perhaps the biggest throwback isn’t the forceps or the late-night calls; it’s the optimism. “I’m not neurotic enough for some people,” Crane says. Indeed, when well into the third trimester of my first pregnancy, the baby still appeared in breech presentation, Crane told me not to worry about it, that the baby would shift. She did. Ditto the wayward placenta in my second pregnancy, which blocked the birth canal for so long that any other doctor might have scheduled a C-section. “It will likely move,” he said after looking over an ultrasound. It did. Expectant parents can become so focused on all the things that can go wrong that we often forget that things can go right.

While it may seem to be a problem for only a small percentage of pregnancies, Wu suggests the loss of technical skills could forecast a larger crisis in obstetrics where doctors may not be learning the fundamentals. What if there is an earthquake or a massive power failure, he asks, and a baby is coming down breech? “Are we going to be capable of birthing a baby normally by candlelight?” he says. “Are we able to do it vaginally? Perhaps someone from Cuba or Africa will step in and be able to do it because they do it every day. We’ll be looking for the robotics. In some situations birth has become so highly technical that if it goes wrong, we can’t do it with just our hands, string, and scissors anymore.”