Home Well-Being Is Your SoulCycle Class a Cult? 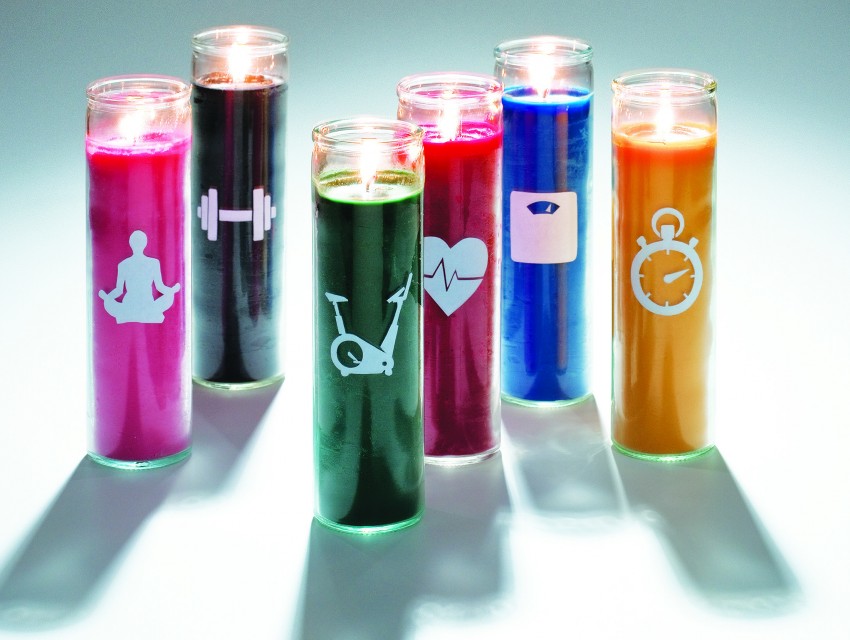 It’s seven o’clock on a weekday morning, and Cardio Barre is full. Twenty-eight women from multiple generations occupy a total of four ballet barres in this mirrored Santa Monica studio. They are standing so close to one another, somebody is going to get a battement in the head. Sure, there are hundreds of butt-kicking, ballet-inspired workouts happening all over Los Angeles, but there is only one Jessica Lee. The vibrant blond exercise instructor may be thin (though refreshingly not emaciated), but her presence looms extra large. Her clients describe her as a “rock star” and act more like teenage groupies than pupils, paying $18 a session. Lee’s classes sell out like Coldplay tickets, and those who arrive late are often turned away at the door. “They’ll stomp their feet and tell us their life story to try and get in,” Lee says. “I can see them flailing their arms at the front desk, throwing a tantrum. The morning classes are the worst because people haven’t had their coffee.”

During the next hour, Lee is a cross between Deepak Chopra and a drill sergeant, leading us through a muscle-searing series of moves. “Open your heart to the possibility of change,” she commands. She then dares us—no, double dares us—to “be great.” This is my first time in her class, but her followers swear by her methods and claim miraculous results. Whitney Davis-Houston, a 47-year-old lawyer who takes Lee’s classes several times a week, credits Lee with getting her to ditch the pain pills and into the best shape of her life. “I’m addicted to her as much as I’m addicted to the workout,” she says. “If she leaves Cardio Barre, I’ll follow her wherever she goes. I will find her. ” Davis-Houston says this last bit with the fervor of Daniel Day-Lewis in The Last of the Mohicans.

Once responsible for doing little more than wearing a neon-colored sweatband and counting reps, the fitness instructor has now assumed the role of life coach, motivational speaker, therapist, and spiritual adviser all rolled into one six-pack-flaunting package. Trainers are the hairdressers of the 21st century. Whether it’s through Yelp mentions, social media, or good old-fashioned word of mouth, the outstanding have a flock that borders on the fanatical, with followers willing to book sessions weeks in advance and brave multiple freeways to attend a specific class with their favorite teacher. “I have people who follow me all over L.A.,” Lee says. “They take my class in Studio City at 6:30 p.m., and then I see them in Santa Monica the next morning.”

Bryan Kest, a charismatic yoga master, helped jump-start the Los Angeles yoga movement in 1995 with the launch of his studio, Santa Monica Power Yoga. His understanding of anatomy, irreverent teaching style, and good looks attract students to Santa Monica like fruit flies to a forgotten banana. But at times his magnetism has proved hazardous to his safety. “I was actually stalked by a student once,” Kest says. “I would be eating at a restaurant, and this woman would be staring at me from across the street. Then I’d go somewhere else, and she’d be there. She would write me eight-page letters of how in love with her she knew I was. It was a little freaky.” (Kest ignored the woman’s letters, and eventually she stopped attending class.)

Angelenos have a reputation for being obsessed with body image, but there’s a fair amount of brain chemistry at work with trainer dependence. It’s widely known that intense activity creates a rush of endorphins, with yummy chemicals like dopamine generating a sense of euphoria—the famous runner’s high. When that heightened state occurs at the hands of a headset-wearing taskmaster, says Costas Karageorghis, a psychologist and co-author of Inside Sport Psychology, an emotional bond occurs, a kind of imprinting that over time may intertwine the neurochemical reward of exercise with its human dispenser. In other words, fitness instructors are pretty much the world’s healthiest drug dealers.

For some, pleasure must come with punishment. Karageorghis (and his colleague, psychologist David-Lee Priest) classify those people as pain driven. Think of it as “50 Shades of Grey Sweatpants,” with you as the submissive. “There is a correlation between the magnitude of improvement with the sense of loyalty you feel toward an instructor,” says Karageorghis. “The dark side to this is people in the authority position could abuse that power.” Yet here’s the thing: The best teachers don’t necessarily want to play the dom. “It’s very real when I tell people to release and let go of negativity, and they do it,” says Lee. “I get out of class, and my hands start to shake because I’ve taken on so much energetically from my students. I have to go home and run ice water on my hands.”

“People talk about SoulCycle as a cult,” says Julie Rice, the company’s CEO. “My feeling is…when we feel great, we become obsessed with what makes us feel great.”

If exercise is essentially brainwashing built on agony, ecstasy, and the promise of a great butt, then SoulCycle is its Scientology. The popular stationary bike-riding chain has locations sprouting up faster than hairs on a premenopausal chin. SoulCycle endorses the mind-body connection (and mind-body detachment anxiety that ensues); the company has baked it into its business model. Hundreds of aspiring SoulCycle instructors audition for just 15 to 20 available positions. Those selected then train for 10 to 12 weeks. “They are trained to change bodies and minds, so there is an emotional element,” says Julie Rice, the CEO of SoulCycle. “Instructors learn the workout, but they also learn the spiritual experience that accompanies it and how to inspire people. The workout is based on human experience, people reconnecting with who they are. Clients are having epiphanies on the bike. People talk about SoulCycle as a cult. My feeling is that SoulCycle makes you feel great. When we feel great, we become obsessed with what makes us feel great.”

As someone who has little interest in profitable, organized cults and even less in profitable, organized exercise classes, I need to taste some Kool-Aid for myself. On a recent Tuesday evening, I pony up 30 bucks (plus a $3 shoe rental fee) to enter the SoulCycle studio in Brentwood (the introductory fee is $20; after that, classes cost $30 each), which is jam-packed with 50 stationary bikes—all occupied. These Soul Psychos hustled to reserve their bike seat as if it were a first-class spot on Virgin Galactic. Between the bedroom lighting and the proximity of my fellow riders, it feels oddly intimate in here. Everyone proudly displays their glorious flesh—the men are shirtless and the women are damn close. Beyoncé’s “Bow Down/I Been On” blasts from concert-size speakers. As I begin warming up my tight muscles, the riders around me start to unleash hollers and moans. This might be the most erotic experience I’ve had in months. Mounted on top of a bike at the front of the room is Gina Heekin, a radiant goddess whose black spandex bra and shorts frame the masterpiece that is her perfect stomach. As we pedal, she hops on and off her bike to play DJ at the stereo, then lighting designer, then go-go dancer. Gina kicks off her sermon with “We are all one!” Her voice rising above Beyoncé’s, she asks us to contemplate our motivation. She’s not just talking about the bike, I realize. She’s talking about our entire approach to life. “I’m going to conquer this week like I’m conquering this nonexistent hill!” I say to myself.

“I love you!” she tells us, releasing another primal groan from the group. There’s a 13-year-old boy having his first ride in the back row, and I’m worried we’re going to need a cleanup in aisle five. Gina has cast a spell on all of us, somehow transforming an hour of exercise into a transcendent achievement. As I wobble away, a lady I don’t know taps me on the shoulder and says, “Nice work.” She says she’ll see me next time. Everyone gives each other high fives and offers congratulations. Some feel so amazing, they crowd around an iPhone, taking selfies with joyful, frantic grins. We’re not a bunch of sticky strangers, you see. We’re part of one collective dysfunctional family.