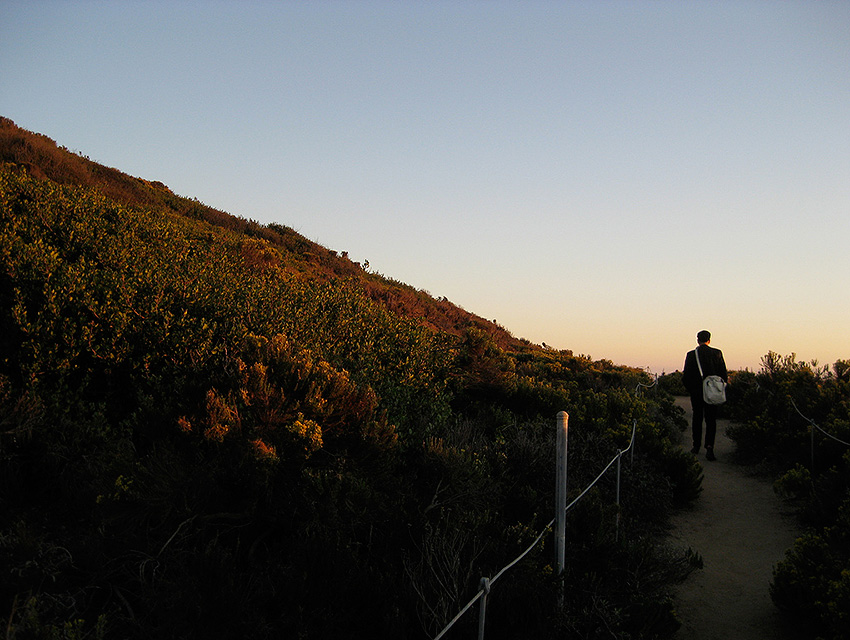 Nicholas Flat Trail is one of the best spots in the Santa Monica Mountains for spring wildflowers (it supports several plant communities, including chaparral, grassland, coastal sage scrub, and oak woodland). But even after the blooms fade away, this walk offers stunning panoramas worth the trip. Get an early start (there’s not much shade).

From Santa Monica, head north on Pacific Coast Highway about 25 miles to Leo Carrillo State Park. The trailhead begins near the park entry kiosk. Join Camp 13 Trail, which almost immediately forks. Take the center branch, which ascends the grassy slopes above the park campground, then switchback through coastal scrub up to a saddle on the ridge. From there a short side trail leads south to a hilltop, where you can take in breathtaking views of Point Dume and the Malibu coastline (and where in winter you can scout for migrating whales). Follow the ridge over a chaparral-covered slope.

Keep glancing over your right shoulder at the increasingly grand vistas and over your left at the land that’s often populated by nimble deer. After much climbing, the trail levels out and intersects Ridgeline Trail coming in from the north. Stay to the right and continue another 0.4 miles to a four-way junction marked with a sign. Meadows Trail heads west, while two trails head east 0.3 miles to Nicholas Pond—one leads to the north end of the pond and one to the south. No matter which trail you take, be on the lookout for wishbone bush, encelia, chia, Parry’s phacelia, ground pink, California poppy, scarlet bugler, and goldfields.

Picnic beneath the shady oaks or in the meadow. The man-made pond, used by cattle during the region’s ranching days and now patrolled by coots, is also backed by some handsome boulders. For diehards, a sketchy path at the pond’s south end leads to a rocky perch that offers more coastal scenes. Hear that? It’s the sound of your angst evaporating.