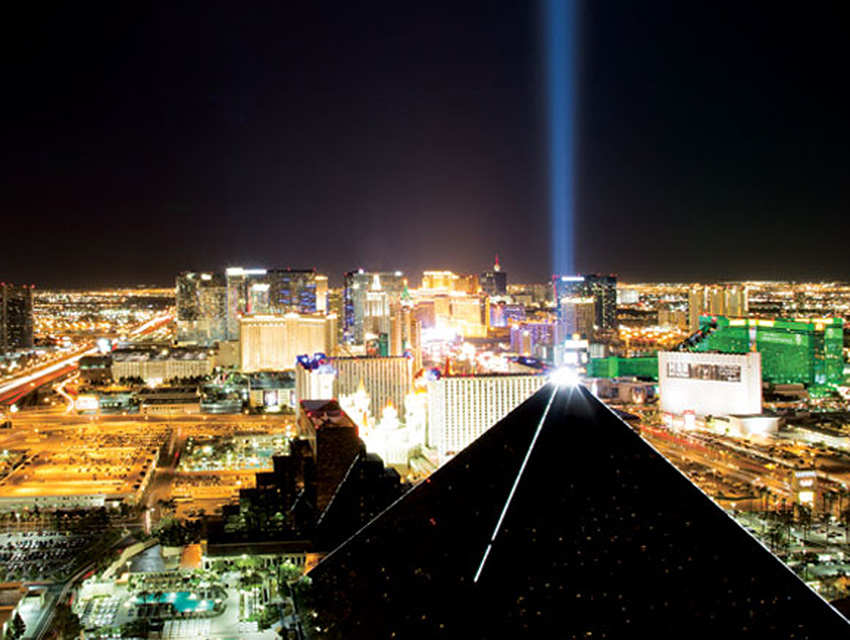 The day I arrived in Las Vegas, following an absence of nearly two decades, I put $30 down on black and lost. That’s about the only thing that hadn’t changed since my last visit to Vegas, a town that has undergone more transformations in its short history than The Tonight Show’s host slot. The Mirage launch in 1989 signaled a new epoch—perhaps Vegas’s most important—atop a desert pan that has seen many: Classic Vegas (the Flamingo), Fear and Loathing Vegas (Circus Circus), Reborn Vegas (the Mirage), Family Values Vegas (Treasure Island), Decadent Vegas (the Palms), Luxury Vegas (the Wynn), Adults-Only Vegas (the Cosmopolitan). I wormed my way into the crammed Caesar’s valet station to check into the Strip’s newest property, Nobu, an elegant ten-story hotel within a hotel that signals the town’s next epoch: Boutique Las Vegas.

Rising like a reed above the resort’s eponymous Japanese restaurant, Nobu is sleek and small (by Vegas standards) and stylishly reserved, its lobby no larger than Jennifer Lopez’s shoe closet, its elevators scented, its origins in L.A. (Nobu Matsuhisa opened his first restaurant on La Cienega long before hooking up with his most famous backer, Robert De Niro). Check-in occurs in your room, which—wrapped in fabric wainscoting, expensive woods, muted tile, and gorgeous bamboo—recalls a Japanese lithograph. The deep bathroom sink could be Jeff Koons’s take on an Asian teacup, and tea service follows your arrival.

Nobu Hotel sits two blocks and yet already an era away from one of Vegas’s last debuts, Aria, the four-year-old, 4,000-room glass towers at CityCenter that evoke Hitchcock’s U.N. headquarters in North by Northwest: stunning, a little intimidating, and utterly modern. (I would stay here, too, inside an expansive 25th-floor suite with a bathroom that’s the length of Nobu’s lobby, its tubside views stretching to Arizona.) Bad credit and too many beds choked off the flow of megaresorts on the Strip. Unfinished billion-dollar hotels are being auctioned off for their parts. The old Vegas mantra of “Bring me the best of everything, twice” has been swapped for a smarter, quality-driven focus on personal service.

CityCenter, the gleaming hotel complex large enough to include its own highway system, was Wall Street’s supersize answer to “hanging out”—guests could skip the Strip’s 24/7 party and still find a good time. Today Internet financing is creating its version of hang time in North Las Vegas. Fueled by Zappos money and the guiding hand of Tony Hsieh (the company’s CEO), a once-seedy downtown area—now an arts district—is in the midst of an unpretentious overhaul promising dozens of new taverns, restaurants, and coffeehouses. L.A. hotelier Sam Nazarian, sensing the cultural moment and a new cash source, has purchased the nearby Sahara and come up with a fresh idea: Skip the implosion. Instead Nazarian plans to shave off 100 or so rooms and create a place where locals and visitors can mingle in patented SBE style.

The days of hotel roller coasters and medieval castles are over in Vegas. The age of craft cocktails, boutique hotels, small plates, and even Shakespeare in the Park is upon us. As the Rat Pack’s Chairman of the Board famously remarked, “Let’s start the action.”