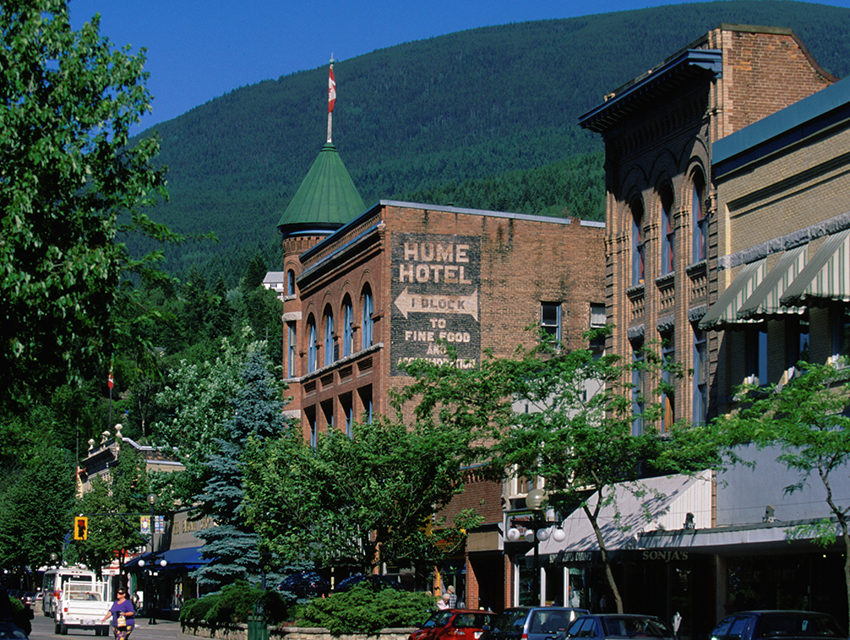 “Nelson rose to prominence in the ’60s because a lot of American conscientious objectors went there to avoid the draft. It’s nestled in the mountains but is surprisingly temperate—almost like a Shangri-La. There’s a long, pure lake at the bottom of this valley that the town wraps itself around. Nelson is similar to Jackson Hole in that the year-round population is not huge, but in the summer they get tons of mountain climbers, mountain bikers, and people who show up just because it’s pretty. Since I’ve spent 25 years touring in cities and I grew up in New York, I have no interest in cities when I travel. If I had only a little bit of time to spend here, I would jump in the lake and go hiking. I’m becoming John Muir in my old age.”

WALK THE RAILS: Nelson is surrounded by mountains cut by logging and mining roads as well as railroad tracks that have been inactive since the 1990s. Hike up the trestles of the Nelson Salmo Great Northern Trail, where runners and mountain bikers abound.