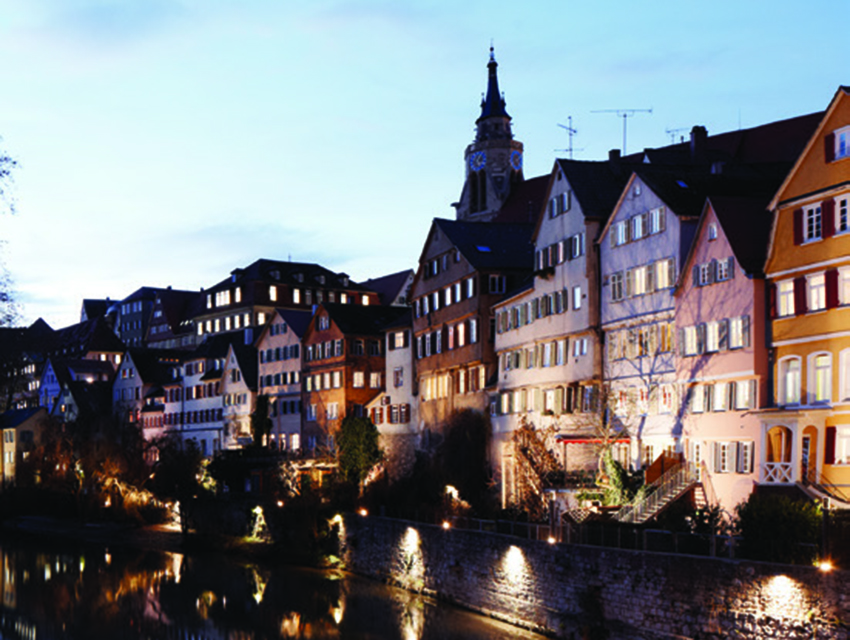 “It’s very hard for me to write while I’m traveling, but there’s a beautiful little university town in Germany called Tübingen with a path that takes you up to a giant church and then into a little park. It’s one of the best places to sit down and take out your journal and write. I’ve been invited to that city three times already. My wife and I were there last year during the World Cup, when Germany beat everybody. It was amazing to see the people get so excited—I was excited with them.”

FLOAT YOUR BOAT: Aboard a Stocherkahn—a boat exclusive to Tübingen that’s navigated with a long wood pole—you’ll take in a picturesque view of the Neckar River waterfront, including the famous Hölderlin Tower.

Your Guide to Krampus in Los Angeles

How to Pack Your Bags for Joshua Tree