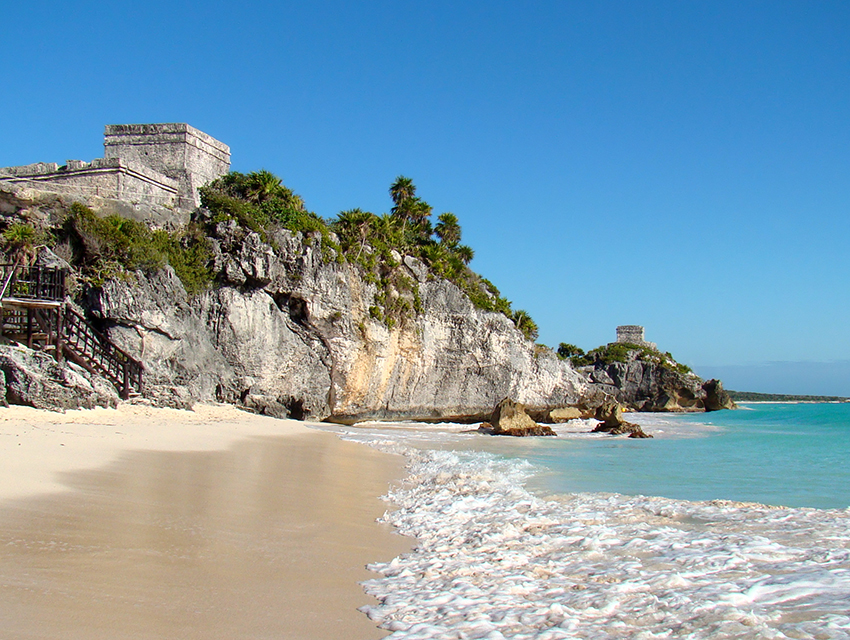 “Tulum and Playa del Carmen are really special, with so much to do in the way of beaches and hiking. And the pyramids! There’s this backdrop of jungle mysticism going on and psychedelia in the air. Tulum is a fort, so there’s also the history of the Mayans. When people think of Mexico, they might think of overdeveloped tourist areas like Cancún, but Playa del Carmen is not like that. It’s much more vibe-y—a totally different feeling.”

WALK LIKE A MAYAN: Suck up the two-hour drive (four if you count the ride back) and head to Chichén Itzá, which in 2007 was declared one of the “Seven New Wonders of the World.” After exploring the ruins of the pre-Columbian city, be sure to test the unexplained acoustical properties of the temple by clapping in front of it—you’ll hear a chirping noise echoing back.

A Former Mexican Military Official Was Arrested in L.A. for Allegedly Working with Drug Cartels