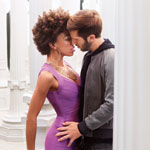 At my first Dodgers game this year, on June 6, I watched rookie Yasiel Puig step up to the plate—bases loaded, bottom of the eighth—and plug a high fly into deep right. Puig was only four games into his major league debut and already on a hitting streak. If I could pinpoint the moment when things turned around for the team, I’d say that grand slam was it… Read

Hot in the City
By Nancy Miller
L.A. is a sexy place, but not always in the ways people think. A look at how Angelenos get it on today

The Old Man Next Door
By Steven Mikulan
How James “Whitey” Bulger, the deadly boss of Boston’s Winter Hill Gang, met his fate in Santa Monica

Afterglow
By Gregg Segal
The lights that illuminate nighttime movie shoots cast an eerie glimmer over L.A. neighborhoods. A photo-essay

The Life of Pie
By David Hochman
Learning to make Neapolitan pizza with Peppe Miele, L.A.’s master of the craft

CityThink
Happy birthday to Disney Hall; the legacy of singer-songwriter Elliott Smith; Compton’s mayor; how to name your own marijuana dispensary

L.A. Archetype
An escapist on shedding chains that bind

L.A. Story
Tony Goldwyn on being a member of that filmic family

In Store
How to adapt four of autumn’s most popular runway looks in L.A. weather

Best of LA
Riding the third wave of high-end coffee

Halloween in L.A.
The best-decorated neighborhoods! The most terrifying haunted houses! Everything you ever wanted to know about our favorite holiday plus: Fifteen scary events, along with tips from Hollywood’s special-effects wizards

The Guide
30 things to do in October, from spying on spies to walking the Los Angeles Aqueduct with 100 mules Heights

Business
By Mark Lacter
L.A. has a rep as a tough place for companies to make a buck. Don’t buy into the hype

Cut
By Benjamin Svetkey
After spending hours with a celeb like Jack Nicholson, a writer should know all. But the game isn’t played that way

The Old Man Next Door