Home Celebrity You Have Two Days to Win Tickets to the First Late Show... 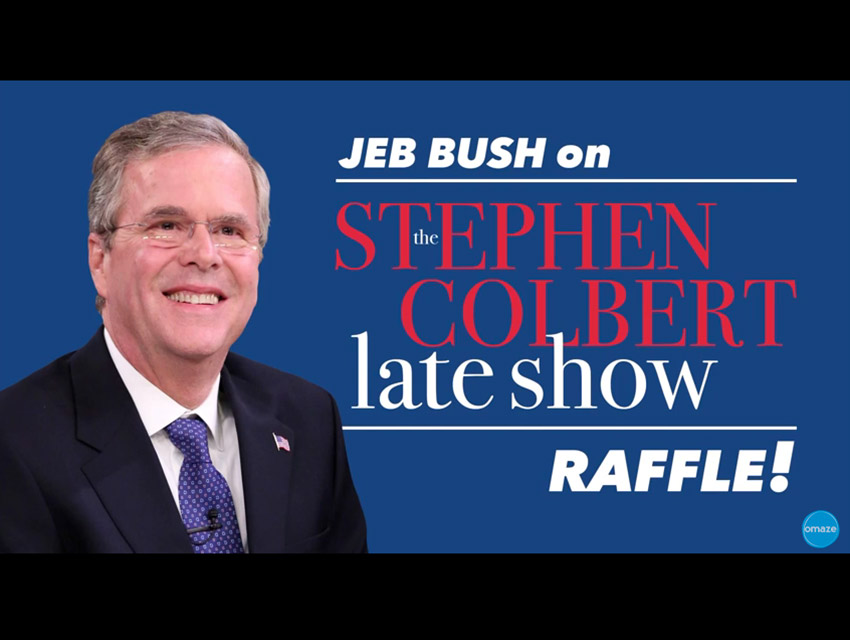 It seems that when Governor Jeb Bush, one of The Late Show With Stephen Colbert’s first guests (the other is George Clooney), announced he was raffling off VIP tickets to his appearance on the show for donations to his campaign, that no one told Colbert. Today, the night late night host is having some fun of his own offering a “raffle adjacent” experience through Omaze.

For $3 you can enter to win two VIP tickets to the first Late Show With Stephen Colbert on September 8 in New York, airfare, a hotel stay, and the chance to submit one non-obscene question for Colbert to ask Bush. But wait … there’s more! In response to Bush’s promise to the winner of his contest to include dinner with his National Finance Co-Chair Woody Johnson, Colbert is offering up dinner with his Lead Production Accountant … Jason Block. Even better than the prospect of dinner with Block is the fact that Colbert’s friendly competition is raising money for veterans via the Yellow Ribbon Fund. Here’s Colbert to tell you this all himself:

Kendrick Lamar Dropped a Whole New Album While You Were Sleeping