Home Uncategorized What’s Funnier Than Going To A Party At The Walgreens? Not Being... 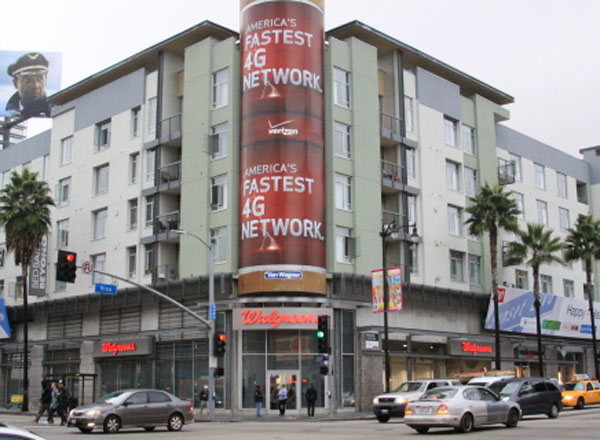 I slipped on my sparkly shoes to see this L.A.-ified store which boasts an eyebrow bar, beauty consultants, sushi, a huge wine section and fro-yo. The tip sheet said Fergie, Lamar Odom, and Tim Gunn were confirmed to attend, among others. Publicists told me to arrive between five and six. I got there closer to six, and when I did… I couldn’t get in. Once the party actually started, they kicked the press out anyway. Your intrepid reporter tried the big fellas at the front door, the spent publicist who had finally plunked down at the bus stop on Sunset, and other gents standing watch at the back entrance. Denied. They did, however, let Fergie in. Whew! I ended up going across the street to see the Life of Pi at the Arclight since I am sure to run into the film’s cast on the upcoming award circuit (great flick).

I gotta hand it to Walgreens–what tactics!–because what could be more Hollywood than not being able to get past a velvet rope?