Home Uncategorized THE SEEN: Best Parties of The Year 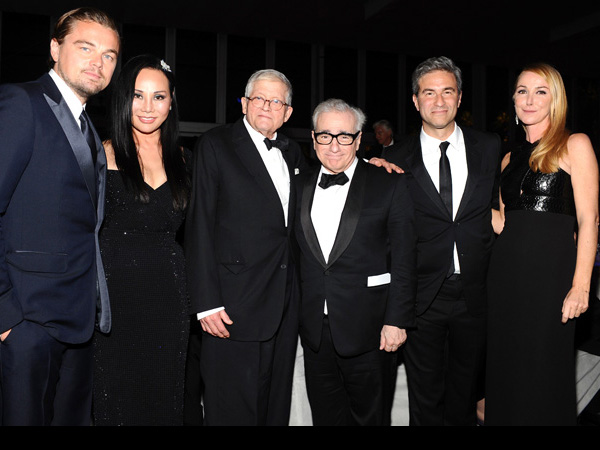 I go out … a lot. I attend countless celebrity shin digs each year, and from the red carpet leading to the front door to the valet wait afterwards, I’m there, nosing around and chatting folks up. Some ‘dos are just fab and some are truly eye poppers. It takes a lot of hard work to pull off a charity function and raise dough for the many worthy causes in Los Angeles. So I offer up a hearty hurrah to all the organizers, silent auction item procurers, and celebrity wranglers who make these events go. To the chefs who prepare short ribs for thousands and the florists who arrange oodles of rose laden centerpieces—I salute you. Still, not all events are ones to remember. Here are this Seen Queen’s picks for the best functions in 2013, by category:

Best Guest List: LACMA’s Art + Film Gala
Co-chairs Leonardo DiCaprio and Eva Chow got the best guests from the art and film worlds at this hard-to-get-into bash. Non-notables? You could count them on one hand. There were so many famous folks that after the event publicists had to break them out in enormous paragraphs sorted by category in press hand-outs. From Tom Hanks to David Hockney to Brad Grey to Sting, the list was impressive.

Best Eats: Project Angel Food’s Angel Awards
Project Angel Food provides meals for people with HIV/AIDS, cancer and other life-threatening illnesses. The meal they served in their decked out parking lot for the Angel Awards was simple yet delish. Succulent lemon herb chicken roasted just so surrounded by vegetables grown in the org’s organic gardens—scattered all around the city. There was olive oil cake with mascarpone whipped cream, raspberries, and toasted pine nuts for dessert. The meal was prepared in the kitchens where they make healthy meals every day for their clients.

Best Non-Stop Entertainment: The Wallis Annenberg Center for the Performing Arts Inaugural Gala
When I got out of the car at this shindig everyone yelled at me to look up. A man on a spring was coming down at me from the sky—to hand me a flower. Every moment of the new theatre’s opening party was filled with entertainment. There were various performances onstage (every type of dancing and singing) to celebs like Kevin Spacey and Diane Lane reading letters once received at the former post office space. At dinner, violinist Amadeus Leopold performed before tenor Vittorio Grigolo emoted during a Ferragamo fashion show.

Best “Thanks For The Award” Speech: The Hammer Gala – Tony Kushner
Viola Davis handed her nemesis-turned-bestie Tony Kushner his award at The Hammer Museum Gala in the Garden. He then proceeded to deliver an intelligent yet hilarious tirade about how Washington’s electeds might be better at their jobs if they had more art in their lives. It was so good, you could see folks recording it on their iPhones. (Sadly, it doesn’t look like the footage made its way online.)

Best Party Spot: Chloé’s Fashion Show at Brody House
Chloé and Vogue took over the mid-century mod Brody House (designed by A. Quincy Jones) in the Holmby Hills for the line’s spring/summer 2014 runway show. Models walked the length of the home to show the clothes. Afterwards, party peeps gathered in the kitchen for charcuterie and drinks while wee main courses were served in other rooms. When a glass wall slid open, there stood the ladies of Haim, who performed for all reclining in the living room. The whole house smelled like Chloé’s Rose Eau De Parfum.

Best Centerpieces: The Malibu Boys and Girls Club
My fave for 2013 has to be the enormous honey calcites and massive crystals that comprised the centerpieces at the The Boys & Girls Club Malibu fund-raiser that was held in producer Mike Fleiss’s backyard. You could bid on gorgeous rocks for the cause and in the candlelight they were magical.

Best Goody Bag: Seth Rogen’s Hilarity For Charity
Fancy candles are nice. Heavily perfumed lotions and potions lovely. But its Seth Rogen’s bag of fun that party-goers received at his and wife Lauren Miller’s Alzheimer fund-raiser that wins the prize. No other party on the circuit gives you Kraft Mac & Cheese (yes the blue box), oodles of snacks, magic tricks, party games, and multiple hangover remedies as a favor.

The Best Ways to Celebrate New Year’s Eve at Home During a Strange, Strange Year