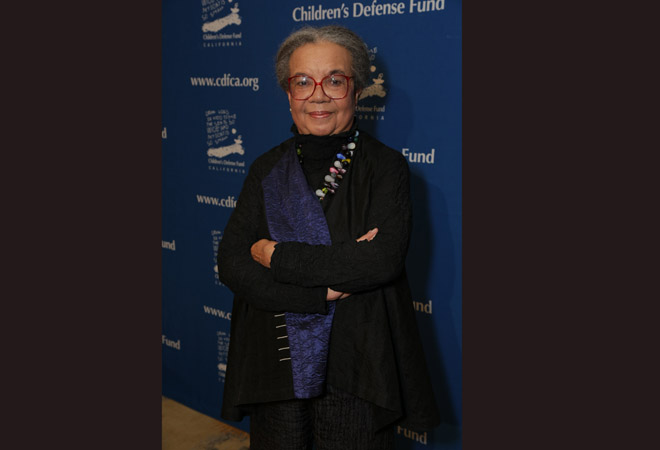 When Children’s Defense Fund founder and president Marian Wright Edelman talks, Industry folks like Reese Witherspoon, Jennifer Garner, and JJ Abrams and smart politicians listen. Edelman, who was the first black woman admitted to the Mississippi bar and who worked with Dr. Martin Luther King, spoke last night at the Beverly Hills Hotel before awarding her org’s Beat The Odds scholarships to five worthy students. She used the opportunity to share some words about the passing of Nelson Mandela. Here’s part of what she told the room (which just so happened to also include Matt Damon, who starred alongside Morgan Freeman as Mandela in the film Invictus):

“Here’s a man who went through extraordinary hardships, spent 27 years in Robben Island under the most harsh conditions, walked out ramrod straight, unbound and full of the spirit of reconciliation and went on to lead his country as president and to transform the way in which we view leadership and overcome Apartheid. He was one of our great human beings. And if he could do what he did, in abolishing Apartheid and in bringing about the reconciliation of his nation, we can do what we have got to do to end racism and poverty in America.”