Home Awards Watch The Emmys: Five People We Hope to See on the Winner’s Walk 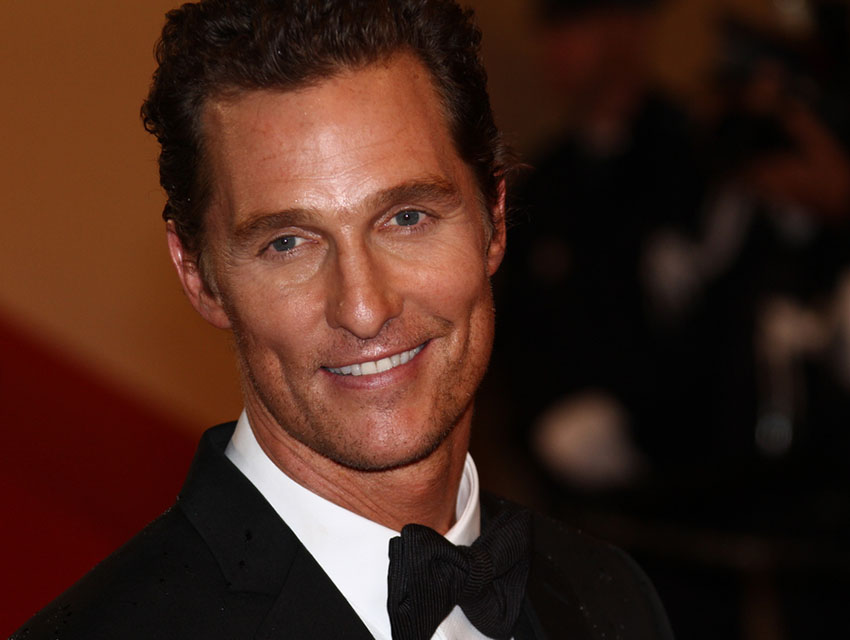 On Emmy Monday (hmmm, not used to that—the show has been held on Sunday for ages), I will be backstage in the press tent. After a new Emmy winner is born, they go down what is called “the Winners Walk,” hitting various TV outlets and finally ending up in the big pressroom. Here are the nominees I hope to see come through that door holding a statuette (based entirely on the fun level of their party personas). It’s time to remember how to spell McConaughey …

Matthew McConaughey (nominee: Actor / Drama)
I don’t think I will ever get tired of talking to the new Oscar-winner, who never gives an “I’m just here to help the ball club” answer to a question. I can’t pick up a sugar spoon now and not think of a time backstage at the SAG Awards where he went into how he lost weight for his role in Dallas Buyers Club eating tapioca pudding with antique sugar spoons.
The odds: 95% chance everything will be alright, alright, alright!

Kerry Washington (nominee: Actress / Drama)
When it comes to Ms. Washington, what I really want is to see what she is wearing up close. The lady and her stylists know how to pick a dress. Aside from that, though, the Scandal star always has something interesting to say about taking chances and not behaving as others think you should. There is nothing cookie-cutter about her quotes; I even forgive her for getting me in trouble on a flight recently for watching Scandal in tight quarters (my seatmate did not appreciate sex on the Oval Office desk).
The odds: 50% chance she’ll scoot past Julianna Marguilies

Amy Poehler (nominee: Actress / Comedy)
You can hardly keep a straight face when she looks you in the eye to answer a question—she is that funny. But I’d like to give it another try. She may be the best quote machine ever, and I’m already looking forward to what she will do when her category gets its airtime.
The odds: 75% chance she’ll pop backstage before a cocktail at the Governors Ball

Jon Voight (nominee: Supporting Actor / Drama)
There is something extremely touching about the way Voight listens as I pose an “important” question. Even more endearing is the joy he has when he comes up with a good answer. The guy is just off enough to be interesting: Zigs when you think he’s going to zag, and he’s the best dancer around.
The odds: 85% chance he’ll boogie around Josh Charles

Jimmy Fallon (nominee: Outstanding Variety Series)
Anyone who makes the word “pal” popular again has my vote (he’s already won a an Emmy for hosting SNL and Outstanding Interactive Program at last week’s Creative Emmys). I want to see if he’ll be “super excited” to be a Primetime Emmy winner, and his show is pure delight. At Emmy parties last year, he would show anyone with eyeballs (including Mick Jagger) pics of his daughter Winnie, which makes him even sweeter in my book.
The odds: 65% chance he’ll be writing the Television Academy another Thank You note