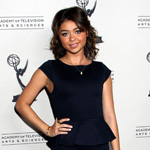 The Emmy Awards are in less than two weeks. What does that mean? Lots of lovely parties up until the big day (which is usually very hot – I mean temps – on the red carpet). An interesting bash I popped by the other night was for all the nominees in the Casting Director category. These are the folks that audition and cast the ensembles in your fave shows. The Casting Directors Peer Group Executive Committee gathered at vegan hotspot Crossroads Kitchen to pat backs and tell stories (which I could listen to forever). What did I pick up?

The Good Wife (casting director Mark Saks) just hand picked who he wanted for the political drama – no auditions. And my fave note that he dropped when they went for an impossible get, “The minute Vice President Joe Biden did Parks and Rec, nothing is impossible.”

Everyone has a tough job, but when Eric Dawson & Robert Ulrich from American Horror Story, Asylum got up to accept kudos for their nomination—I thought—they win. Casting that show must be a … nightmare.

The Primetime Emmy Awards are on September 22nd. I’ll be there getting the scoop. Stay tuned.