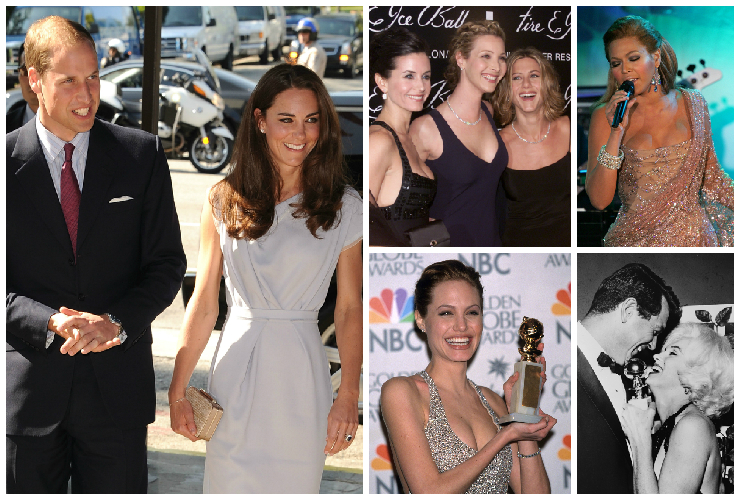 After nearly 20 years of covering parties at the Beverly Hilton, the fact that the hotel is celebrating their 60th anniversary has made me nostalgic. It’s where I first met up-and-comers Matt Damon and Ben Affleck, giddy after winning the Golden Globe for Best Screenplay for their film Good Will Hunting. It’s where I ran into Michael Jackson and his date, Elizabeth Taylor, at the Carousel of Hope Ball. Jackson bought Taylor a diamond and emerald necklace in the shape of monkeys and pointed it out to me in an excited whisper. It is also the place where I sometimes encounter my fellow self-parkers—Jon Voight, Jay Leno, and Diana Ross—in the elevator going down to the garage. Voight has even walked me to my car on occasion (he’s a gent). The hotel has a special place in my heart, and there isn’t enough room on the Internet for all of my stories.

Do you have fond memories of your own? The hotel is holding a contest in which Angelenos submit their favorite photos taken at the iconic property. Your Beverly Hilton nostalgia can win you (and a guest):

You can enter the contest by tagging your fave throwback #BeverlyHilton photos with #Sweet60 on Twitter or Instagram or upload an entry to the hotel’s Facebook page. Winners will be announced on Friday, July 24. Good luck!