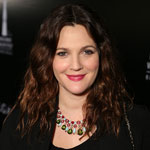 What sparkles and shines and can now always claim to be 20? The House of Bulgari, which is this year’s recipient of The Rodeo Drive Walk Of Style Award, the twentieth. Nicola Bulgari received the fancy-pants accolade, joining the ranks of other style legends like Missoni, Princess Grace (Kelly) of Monaco, Valentino, Cartier, Edith Head, Gianni and Donatella Versace, Herb Ritts, Tom Ford and Giorgio Armani, to name a few. I can still remember who was sitting in the front row of the inaugural recipient, Giorgio Armani’s big blowout runway show celebrating his induction: Sophia Loren, Harrison Ford, Jodie Foster. They close down part of the street for the bash. Another stand-out of years past was Donatella Versace’s shindig, which went into the wee hours with folks like Prince showing up.

This year was no exception, with a stylish affair and an honoree with a legendary history. I could have sat there for hours in the tricked out Bulgari boutique listening to Nicola Bulgari talk about Elizabeth Taylor popping into the store in Rome with current and future husbands, sometimes both, in tow. “Taylor had a profound knowledge of jewels,” he said. He also made a few jokes at his own expense about his jewelry. “I have a friend who collects minerals and he thinks we are ruining nature.” The suits were dark, the canapés exquisite, and the plaque that commemorates the event reads: “Style is an everlasting impression and jewelry is a passion that is passed through generations.”

This Rom Com Film Festival Had Us at Hello