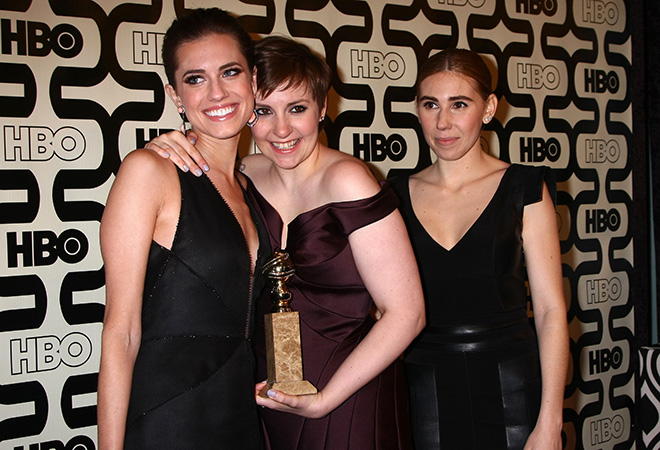 You don’t even have to leave the Beverly Hilton after the Golden Globes ceremony (okay, that is too formal of a word for this shindig) to hit many of the parties. Scads of good ‘dos happen right there in the hotel after the show. Partiers who do not attend the awards are literally bused in for viewing parties and for the soirees that take place after the final trophy has been handed out. Here is the layout…

HBO: They have the most noms this year and always stake their claim in the Circa 55 Restaurant and the pool. Understandably, they’re going with a Liberace theme given all of Behind the Candelabra’s nominations. Event designer Billy Butchkavitz (working with Cindy Tenner/VP of HBO Special Events) says he “took Diana Vreeland’s love of red and leopard and the over-the-top kitsch of Liberace and then added a cup of restraint” for this year’s décor. They are also doing a Liberace Lounge poolside where stage costumes from the film will be on display.

Weinstein Co.: They take over the old Trader Vic’s space and then some and have for ages (even back when Bob and Harvey were Miramax). Everyone from David Lynch to Nicole Kidman to Daniel Day Lewis to medium John Edwards (remember him?) have popped by this bash over the years. It will be a crowded star-fest this year—the August: Osage County cast and U2 will be in the house among many others.

NBC/Universal: The show is broadcast on NBC this Sunday. They pitch their tent above the parking garage’s rooftop. This doesn’t sound very glam but it is a gorgeous party and my mouth usually drops open when I step through the door. Tina and Amy will be there. I hope to run into The Today Show cast, if they can stay up that late, too.

AMC: Sets up house in the Stardust Ballroom with a viewing party that goes into the night. Two words: Breaking Bad. Is this Bryan Cranston’s year?

InStyle/Warner Bros: The mag and studio party down in the Hilton’s Oasis Courtyard. It’s another really pretty event. Clooney usually hits this one and I still smile thinking about Eddie Izzard in the doorway of this party one year networking frantically, then inputting numbers into his phone.

I expect to see even a few more parties when I arrive on Sunday. Expect Backstage scoop and after-party tidbits from on Monday!

The Oscars Have Officially Been Postponed Until Late April