Home Uncategorized Partyscope: The Art of Being Heard in Hollywood 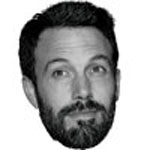 Ben Affleck
During awards season, all hushed whenever the Argo director took the stage. At the Critic’s Choice Awards, I stood in amazement as everyone, even the crowd twelve deep at the bar stopped schmoozing and held their breath waiting for the Affleck to speak.

Kevin Huvane
When the CAA agent told a crowd of heavy hitters to give to his cause, they obeyed. You could hear a pin drop when he told the Industry crowd gathered at the Beverly Hills Hotel to “Fill. Out. The. Card.” and donate to a worthy charity.

Richard Gere
If the actor recites a haiku onstage and nobody listens, does it make a sound? At the Palm Springs Film Festival the soft-spoken grey fox lost even the middle of the room. If it was too loud for you to hear him in PS, poetry lovers, have a listen now in the video above.

Shirley MacLaine
Love her, but the actress rambles enough for eight lifetimes. She gets her first laugh with, “Everyone I’d like to thank is dead but don’t worry, I’ll talk to them later.” When she goes off on her tangents, the chatter begins.

Jay Leno
Is this thing on? At a recent charity event, the crowd didn’t shut up for the talk-show host/emcee. He’s a good sport and has hosted The Carousel Of Hope Ball for years, but the room ain’t getting any quieter.