Home Uncategorized Partyscope: Cause and Effect 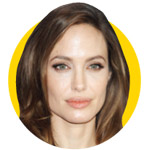 What to say when you are face-to-face with… Edward Norton
He wants there to be an elephant in the room. His latest PSAs are for the “Say No to Ivory” campaign. Sandra Bullock
Unshakable, she handed out $1 mil each to the Red Cross and Doctors Without Borders after the Haiti and Japan quakes. Meryl Streep
After playing a lot of strong gals, she’s pushing for a National Women’s History Museum in D.C.