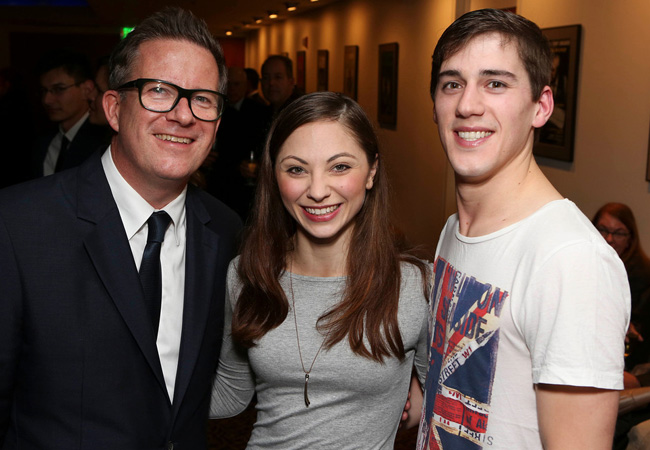 The guy sitting next to me at the Ahmanson last night at the prem of “Matthew Bourne’s Sleeping Beauty,” kept poking me in the ribs with his elbow. I couldn’t even give this gent the stink eye because he was just so excited (which translated into nervous squirming) about the ballet onstage in front of us. The place was truly packed, a rump in every seat. I too couldn’t take my eyes off the ballet. It was beautiful and exciting and old (Tchaikovsky) yet very new (hoodies). My favorite dancers were the Michael Sheen/Underworld-looking goth angels. The dancing is so skilled it looks practically effortless. After the immediate standing o and many “Bravas!” the cast filed out from backstage for champers in the downstairs bar. It was hard to tell who was who minus all the make-up and the gorgeous costumes. Bourne accepted accolades from scads of folks including Debbie Allen, CTG Artistic Director Michael Ritchie and Founding Artistic Director Gordon Davidson. Want to dream while you’re awake? Check out this ballet before it is gone on December 1st.