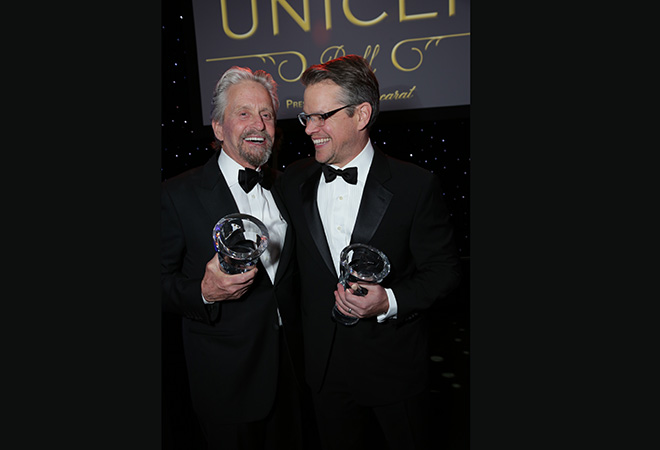 I was afraid Matt Damon was going to go awards season in its entirety and not win any hardware. That changed this week at the UNICEF Ball. Michael Douglas surprised Damon (who was emceeing) by presenting him with an award for his humanitarian work. The belle and beau of this ball were supposed to be Douglas and U.S. Fund for UNICEF Southern Cali Chair Ghada Irani, but when Douglas went up to receive his kudos he turned it around and presented an award to his Behind The Candelabra co-star, who has lost acting awards to him twice already. Nice. Hey, there’s still the Screen Actor’s Guild Awards on Saturday.