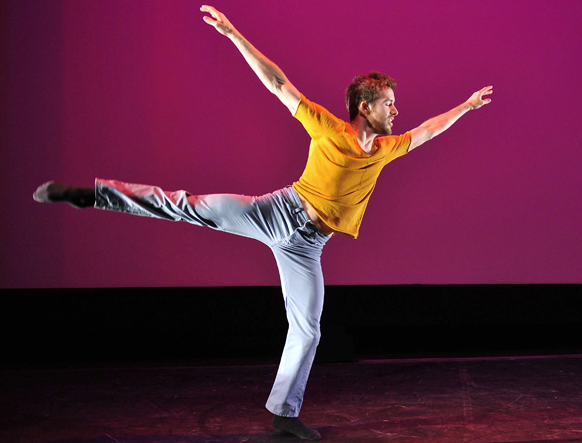 When the folks behind The Broad Stage in Santa Monica sent a note inviting me to a lunch, I didn’t think I’d be sitting onstage with a spotlight highlighting my chicken and peas. But that’s exactly where big-time donors and supporters (and a handful of journalists) gathered to hear The Broad Stage Director Dale Franzen give the skinny on what was happening at the theatre. Apparently a lot is going on.  They’ve created a Jazz Council with a few people you’ve heard of on it (peeps like Herb Alpert, Joon Lee, Luciana Souza, and Quincy Jones among others) to make L.A. a jazz biggie. There’s also been a $2.5 mil gift for an Artistic Incubation Fund (for original works created at the stage).

Gil Garcetti showed up with a cast on his arm—some joked he’d been doing battle with Wendy Greuel on his son’s behalf. Eli Broad called his namesake theatre “The pre-imminent performing arts center on the Westside.” Actress Anna Deavere Smith did a reading, the group BODYTRAFFIC performed some marvy dance routines and Alfredo Rodriguez played a little jazz on the piano. I sat next to Richard Sparks, the librettist and director of the theatre’s upcoming world premiere of the opera Dulce Rosa and Jenny Okun who has done the projection art. Hey, as long as it isn’t The Magic Flute (sorry Mozart but I can’t sit through it again). He was excited to start rehearsals for the opera which opens in May with Placido Domingo conducting. I was sold. See ya there.