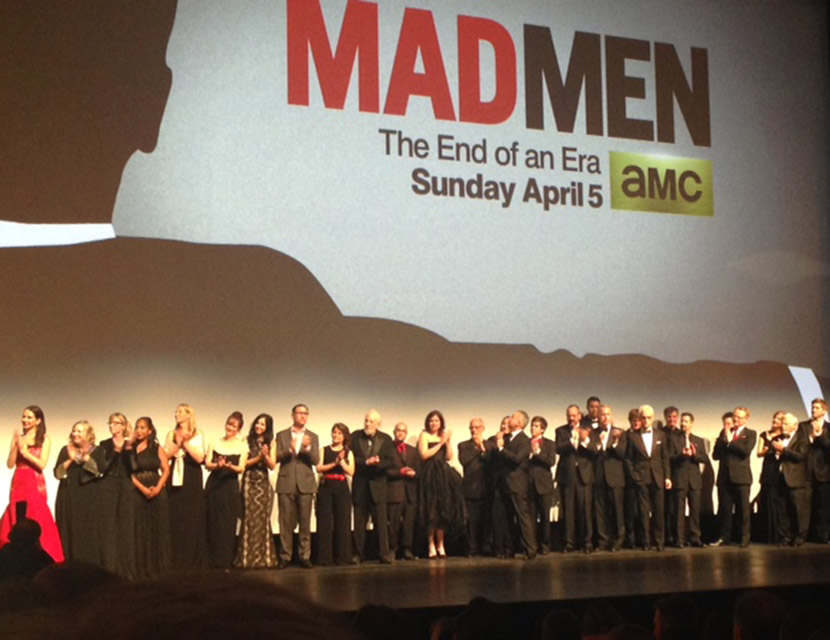 The cast and crew of Mad Men (minus Elisabeth Moss, who is in New York right now performing in the The Heidi Chronicles) donned black, white, and red and appeared onstage at the Dorothy Chandler Pavilion for all to see before screening the first episode of the (sniff, sniff) last season of the show. Mad Men creator Matthew Weiner received a standing O from the gussied up guests, and Jon Hamm hit the stage making sure to give everyone’s hand an animated rap. Even ghosts made an appearance: Jared Harris and Robert Morse (whose characters both died over the course of the show) were on hand. Legendary Broadway performer Morse even sang to himself as he found his seat before the lights went out.

After the screening, every floor of the Dorothy Chandler was filled with food, cocktails, and music, and guests including Breaking Bad/Better Call Saul creator Vince Gilligan and Hollywood heavy Robert Towne. It was an affair to rival The Music Center’s 50th Celebration in December. The final season of Mad Men airs on AMC beginning April 5th.