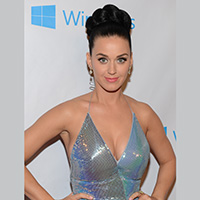 Grammy parties are some of the most elaborate affairs around. Everything is over-the-top, from the décor to the music to the food, and this year was no exception. Universal Music Group threw a terrific bash after the Grammys ended—tricking out the gorgeous theatre in the Ace Hotel. (You know a location is amazing when guests take pictures of the walls and the ceiling and not of the Grammy winners standing next to them.) The music was turned way up and there was oodles of food and silver bowls filled with every kind of cookie for making ice cream sandwiches. Here’s who stopped by:

After winning her two Grammys, Lorde popped in with her family. She didn’t take snaps on the carpet but did a few inside with UMG execs.

Katy Perry and John Mayer also made an appearance. She had changed out of her fluffy Valentino into something more party friendly. The couple were surrounded most of the time, and moved with a glob of people.

Tommy Lommi and Geezer Butler of Black Sabbath held court at one of the tables while the party raged around them. Lommi can sit stiller, longer than anyone I have ever seen. He may still be there.

Malibu girl Colbie Caillat popped in without much fanfare looking terrific in a red Ezra Santos number. The designer is based in Dubai. She said she had never been there but is heading that way in a few weeks.