Home Uncategorized Ke$ha And The Animals 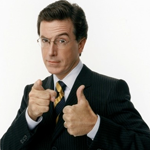 “I’m so nervous and I feel like I’m going to cry!” Ke$ha said shakily onstage at The Humane Society’s Genesis Awards (they honor celebs and media that raise awareness for animal protection). “I just sing stupid pop songs!” She continued and did, in fact, start to shed tears. You might groan but it was actually very sweet. The Beverly Hilton was full of animal lovers like Pauley Perrette, Kaley Cuoco, Senator Ted Lieu, Wendy Malick, and Moby who sat down to a vegan dinner (oh – the chocolate desserts have come a looooong way) and an awards ceremony.

Ke$ha took home the Wyler Award, LUSH cosmetics the Genesis Corporate Award, The Colbert Report snagged the Sid Caesar Comedy Award and there were many others doled out. Dancing With the Stars judge Carrie Ann Inaba hosted saying “It’s truly one of my favorite events of all time. Everyone here is an animal lover and that’s my favorite kind of people.”