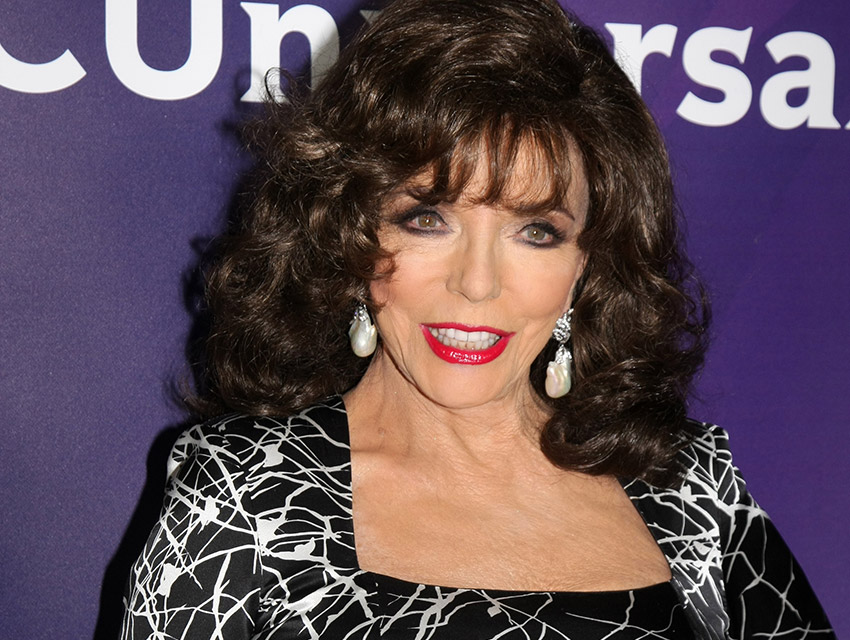 Christmas came early for some ’80s-lovin’ folks Wednesday who bid on and won items belonging to Dame Joan Collins at Julien’s Auctions in Beverly Hills. The actress sold items from “two huge storage spaces” that included everything from Nolan Miller dresses and jewelry from Dynasty to letters a young Warren Beatty wrote her in 1960 when the two were engaged. A Kenneth Lane necklace Collins wore on the soap as the deliciously nasty Alexis Carrington went for $9,375, while another bidder picked up the Beatty letters for a reasonable $1,920. Someone was thinking Christmas parties and snagged a red gown and cropped jacket Collins wore on Dynasty for $6,875. What was the best selling item? A white dress with a cape that Collins wore when Prince Charles dubbed her a Dame this year. It went for $25,600.

Julien’s Auctions held a second auction on the same day dubbed “Hollywood Icons & Idols” that included items that once belonged to Marilyn Monroe and Dame Elizabeth Taylor. Monroe’s Conversion to Judaism certificate (she adopted the religion before marrying playwright Arthur Miller) fetched $68,750 and a gold and ruby bracelet once owned by the jewel-loving Taylor went for $15,000.