Home Entertainment Industry In Hollywood, It’s Business as Usual for the Church of Scientology 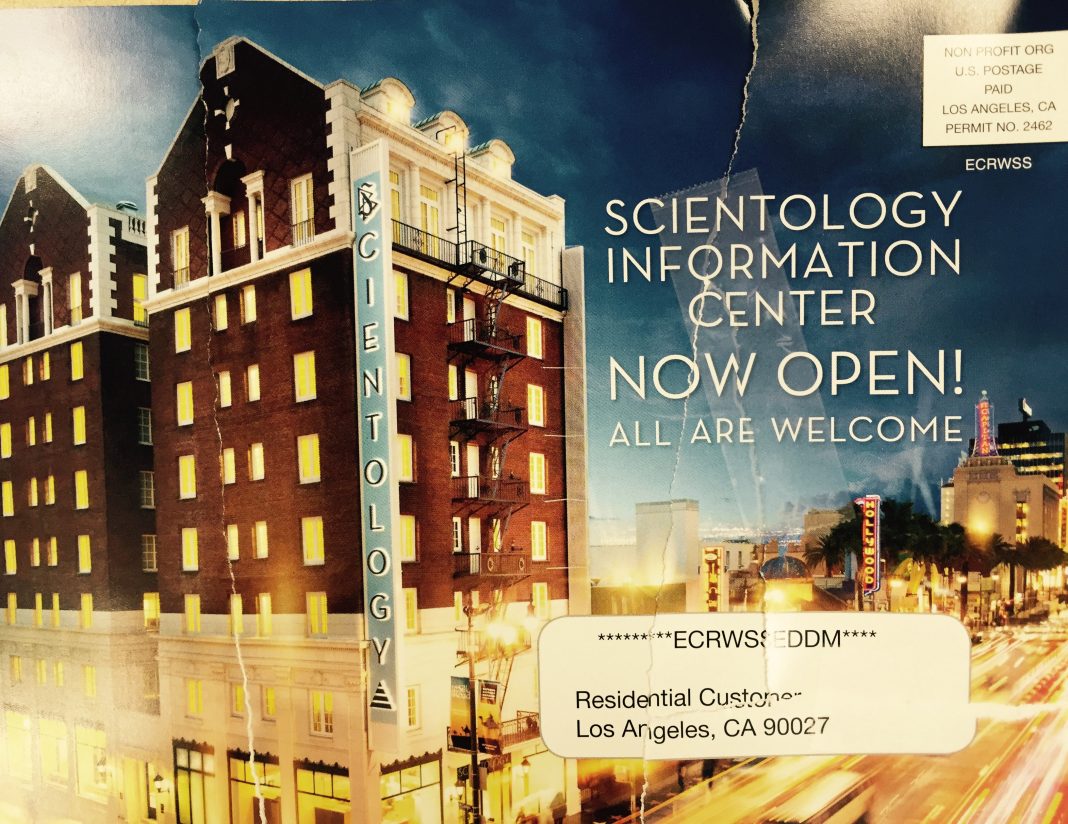 People are gathering around the water cooler today because of Going Clear, the HBO documentary about the Church of Scientology that debuted last night. But if the church is bothered by the unflattering buzz, residents who live near the recently reopened Scientology Information Center—which is owned and operated by the organization—wouldn’t know it. Neighbors of the restored Hollywood landmark received welcome fliers and a freebie ticket to watch “Dianetics,” an intro film that plays every half hour at the center, in the mail over the weekend. If that flick isn’t draw enough, they also tout free refreshments sans obligation.