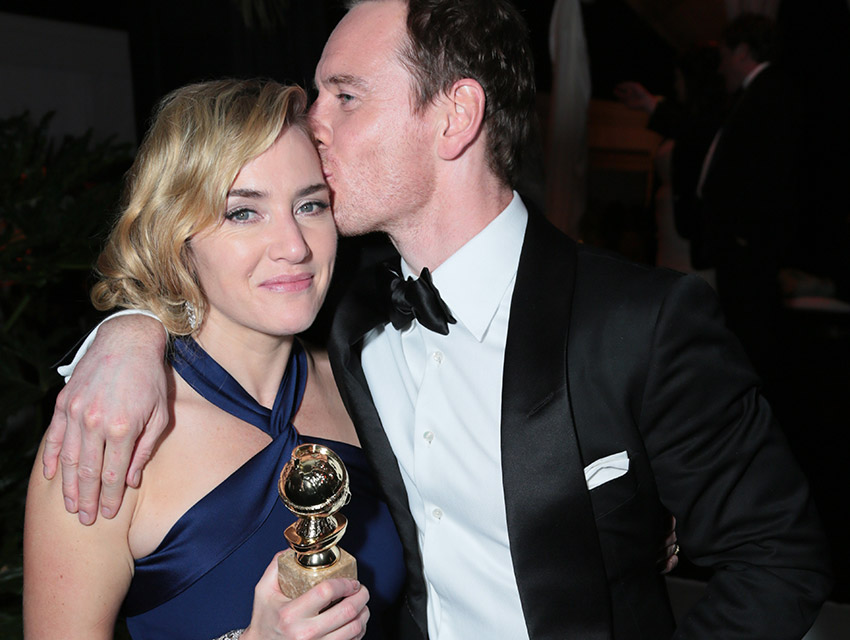 At Sunday’s Golden Globes, after Ricky Gervais lobbed his final insult and Taraji P. Henson handed out her last pecan sandie, the party train began. There were multiple soirees in the Beverly Hilton alone, from the rooftop NBC/Universal/Focus/E! (yes, that is one party) bash to HBO’s elegant affair by the pool. All aboard the party train!

8:10 p.m. The International Ballroom door opens and, after a little more schmoozing, the first stop is NBC/Universal/Focus/E!

8:15 p.m. First down the NBC carpet is America Ferrera. Right after her is Aaron Sorkin, clutching his Best Screenplay prize for Steve Jobs. Here comes Amy Schumer, who stops for a snap with Tyrese Gibson. Now it’s a party.

8:24 p.m. Mr. Robot’s Rami Malek runs over to Sam Esmail on the carpet and reaches for his Golden Globe. “Can I borrow it for a sec?” He wants to take pics with it. Esmail reluctantly gives it up.

8:25 p.m. The Danish Girl director Tom Hooper stops to chat with me. “When you don’t have to give a speech, you enjoy it a lot more,” said the man who has been on the merry-go-round before with The King’s Speech. “I had a great table! I had Eddie [Redmayne] and Alicia [Vikander] at my table, and I sat next to Michael Fassbender, whom I love.”

8:30 p.m. Eddie Redmayne follows behind. He sped from LAX to get to the awards in time. Last year he was the beau of the ball at this particular party, winning for The Theory of Everything. He’s still pretty popular.

8:44 p.m. Judd Apatow is making a loop around the NBC party with his camera.

9:04 p.m. Eva Longoria sits at the head of a long table holding court at NBC. Gets up for a snap with Diana-Maria Riva and Alex Meneses.

9:20 p.m. Eddie Redmayne hands his camera to a waiter to take a snap of himself and the cast of The Danish Girl.

9:31 p.m. Harrison Ford and Rob Lowe are standing in the middle of the HBO fete surrounded by a throng. It’s bedlam. Ford is so jovial it’s unnerving.

Harrison Ford and Rob Lowe9:50 p.m. Lawrence Bender and socialite Barbara Davis greet each other with a hug near the mushroom gnocchi at HBO.

9:50 p.m. Oscar Isaac grazes at the buffet while his date loads up her plate.

10:00 p.m. Vince Vaughn has a finger plugging one ear and a phone on the other trying to have a conversation near the pool.

10:15 p.m. Jaimie Alexander and Peter Facinelli plant themselves near the bar to receive a revolving set of people.

10:19 p.m. Back in the Beverly Hilton’s lobby. Bryce Dallas Howard is walking like John Wayne. Her feet hurt. She stops near the goody bag pick-up but declines a goody.

10:29 p.m. Jacob Tremblay (he’s 9 years-old) from the film Room is shaking hands with well-wishers. When he shakes a hand he does a backpat at the same time. It makes it seem like he is 45 and coaches little league. It’s adorable.

11 p.m. The line to HBO is snaking out the door, and busloads of people are still arriving at the Beverly Hilton.