Home Uncategorized Fun. At The SLS 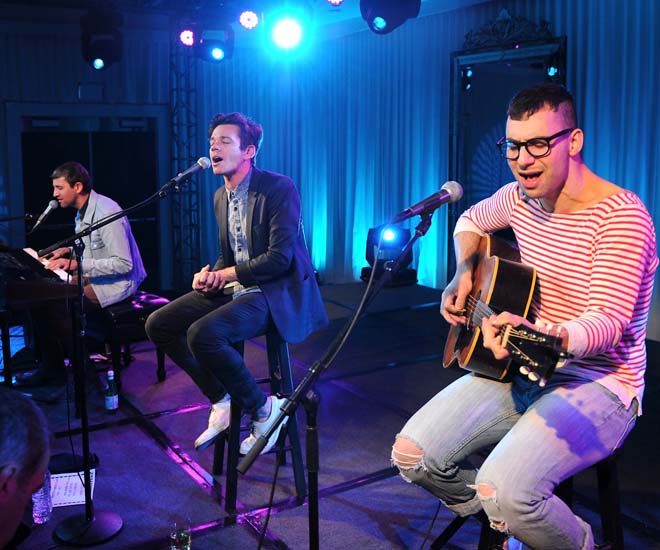 If you were at the SLS in Beverly Hills on Monday and you happened to win Delta Airline’s “Nonstop NYC Challenge,” the band Fun. serenaded you with a few tunes around 10 p.m. About 60 folks (most had flown in from NYC) were treated to a concert by the six-time Grammy nominated group who sang “We Are Young,” “It Gets Better” and “Carry On,” among other ditties. Everyone is in town for the Grammys on Sunday. Last night Brit sensation Emeli Sande performed at the Innovation Forum party at Universal Music CEO Lucian Grainge’s home. There will be music around every corner this week; keep your eyes (and ears) open.