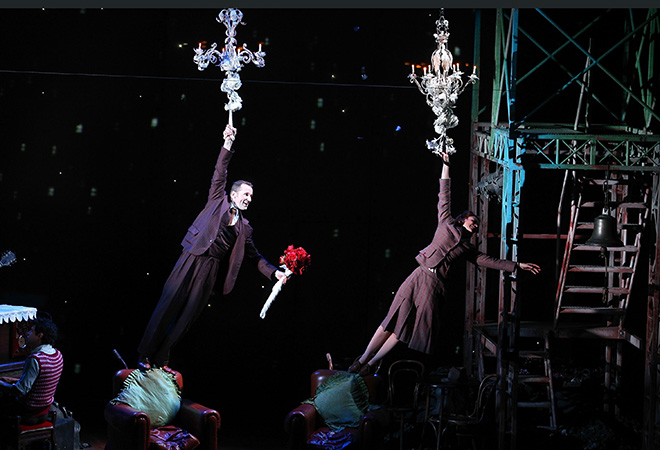 Opening night of Noël Coward’s Brief Encounter this week at the Walls Annenberg Center for the Performing Arts was a smashing success. The English Kneehigh Theatre production is a fresh take on an old tale of romance set in the ’30s.

When folks ambled in to the inaugural performance, members of the company were already playing/singing before heading onstage to enthrall the audience to the very end (inspiring a rousing Standing O). Who did I spy taking in the show with the play’s director Emma Rice? Clarence Avant, Frances Fisher, Nigel Lythgoe, Michael Feinstein, Richard Sherman, Marc Cherry, and Patricia Kelley. The after-fete was a brief walk to Wolfgang’s Steakhouse in Bev Hills. For a laugh and sniffle, see Brief Encounter; it runs until March 23.