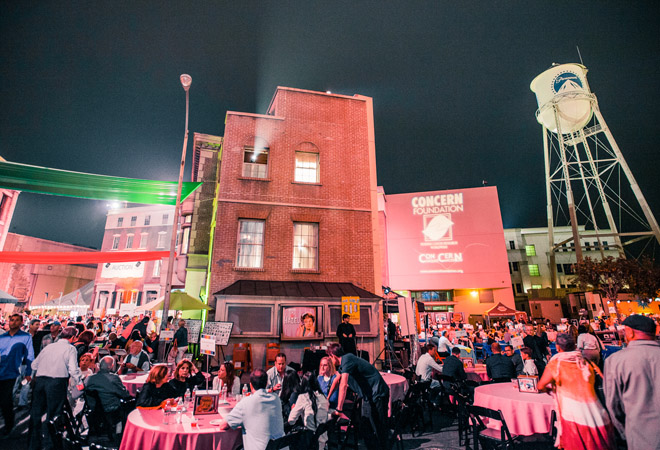 $1.5 million was raised for cancer research before Paramount even opened the gates for the big Concern Foundation / Los Angeles magazine block party. And it was big this year—by the time I made it to Pink’s I could only eat about half of my dog. There was so much food, from Marmalade’s truffley bacon pizza to Bistro Garden’s chocolate soufflé. An orchestra played TV theme songs and medleys (really, how often do you really get to use the word “medley”?), and Ava & Chuck Fries were honored for being super do-gooders.

What fun folks did I spy amongst the 3,000 plus guests? Barbara “I Dream of Jeannie” Eden and Joan “Knots Landing” Van Ark. I also ran into Fred Willard around Sushi Roku, and then another sight to behold: 70’s game show host Wink Martindale in a truly fantastic flowered shirt cutting a rug on the dancefloor.