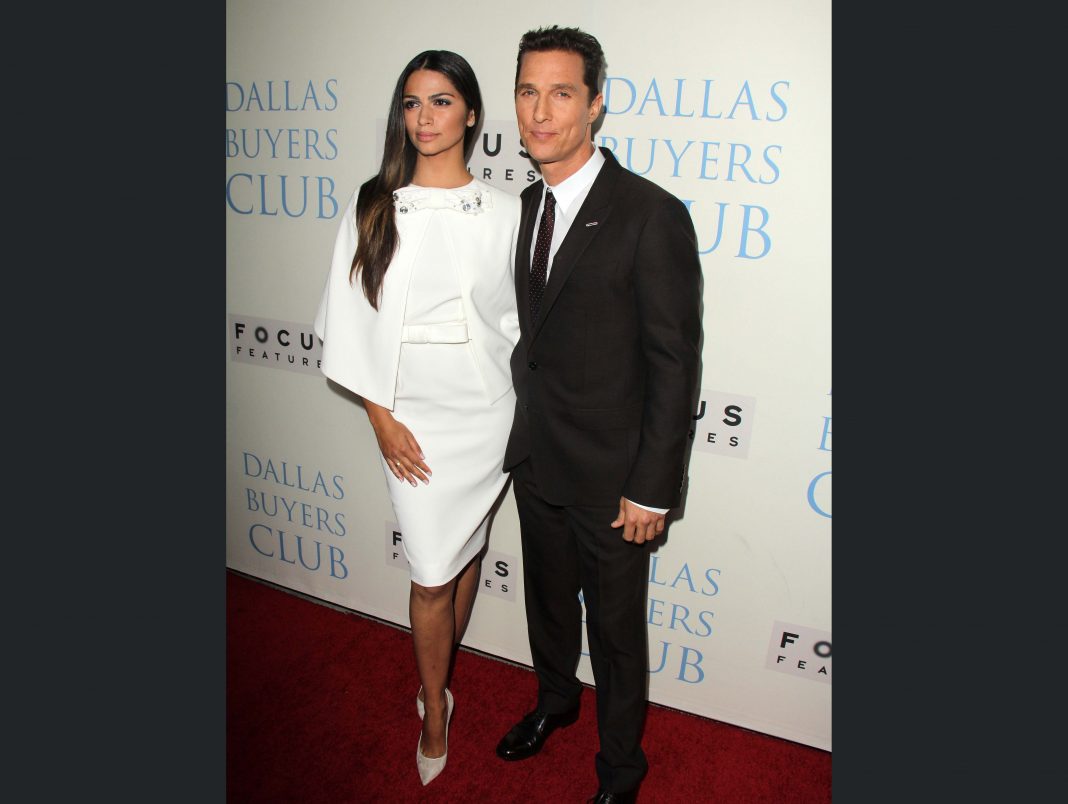 Hello January 2014. Every week you will bring another movie award show up until the big one (the Oscars) on March 2. There are so many things to look forward to. Here’s what has me smiling already…

Matthew McConaughey:My favorite shirt-eschewing free spirit is going to be on the circuit; he’s nominated over and over for Dallas Buyer’s Club. First up is this weekend’s Palm Spring’s International Film Festival Gala. He and Sandra Bullock are on the bill to pick up prizes. They were special pals in the ’90s around the time McConaughey was arrested while playing the bongo’s naked (actually, he says he still does it – according to GQ mag – he just closes his curtains now). Sure he’s married and they both have children, but with him sporting a lower BMI, there’s going to be nobody more fun than McConaughey at an award’s dinner table after a cocktail. I’m planning on taking a drink every time he begins a speech, “All right, all right, all right…” which he started doing at 2013’s Hollywood Film Festival. I will also drink when Bullock’s “I’m-gonna-cry” jazz hands start shaking in front of her chest.

Rita Morena will receive the Screen Actor’s Guild Life Achievement Award:  The Electric Company alum is the only person likely to approach McConaughey levels of fun. Like she said at the National Women’s Foundation Museum to-do a few months ago, “After two glasses—I’m anybody’s.” I cannot wait to see what she says at the SAG podium, let alone at the night’s big party, which really gets swinging once the award show (which always reminds me of a group therapy session) finishes up.

Tina Fey and Amy Poehler hosting The Golden Globes: These ladies are seriously funny. They get tables full of A-listers laughing in a way that mean spirited Ricky Gervais never could. There are no awkward Johnny Depp moments, no tired “there is no God” tirades, just a good time and witty jokes. Everyone I have talked to says the same thing: They can’t wait to see what the ladies do on January 12. The good news? They are locked in for one more year after this.

Check out SEEN each week for all the behind-the-scenes award scoop! Next up: The Palm Springs Film Festival Gala.