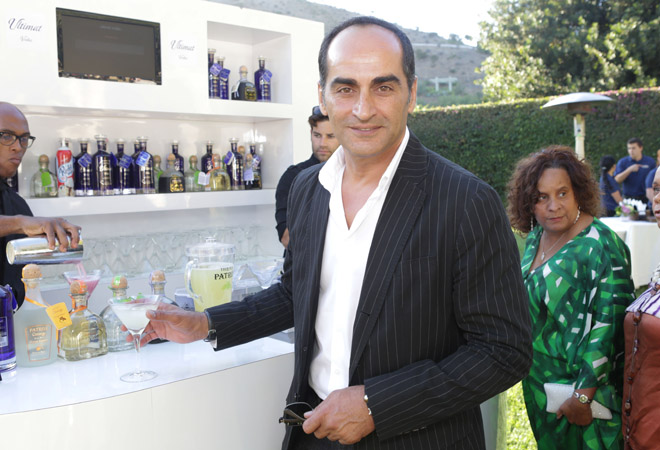 Who did I spy at Holly Robinson Peete’s DesignCare fundraiser this weekend? As I stood in a line waiting for my plate ‘o’ meat from Outback Steakhouse (long-time Hollyrod supporters) a nattily dressed Abu Nazir aka actor Navid Negahban swanned past on his way to the end of the queue. Viewers last saw Nazir/Negahban on a ship where his burial at sea was being overseen by Saul (Mandy Patinkin) following the terrorist’s bloody demise on the hit show Homeland. I last ran into Negahban in his Christmas sweater at Showtime’s holiday party just as Claire Danes and the CIA were in a desperate search for him. This time I wasn’t as scared and managed a cordial “Hello Navid.” Negahban set down his drink and came over to chat—apparently terrorist masterminds find it undignified to have a cocktail in hand while shooting the breeze. Pleasantries and then I cut straight to the chase. “Any chance you’re rising from the dead?” Negahban put his palms together and looked up with a sweet smile. Oh no…what does that mean? We never did see a splash.

*More on DesignCare scoop and pics in my next SEEN post!