Home Uncategorized Who’s That Girl? Behind the Scenes of our January “Do” Opener 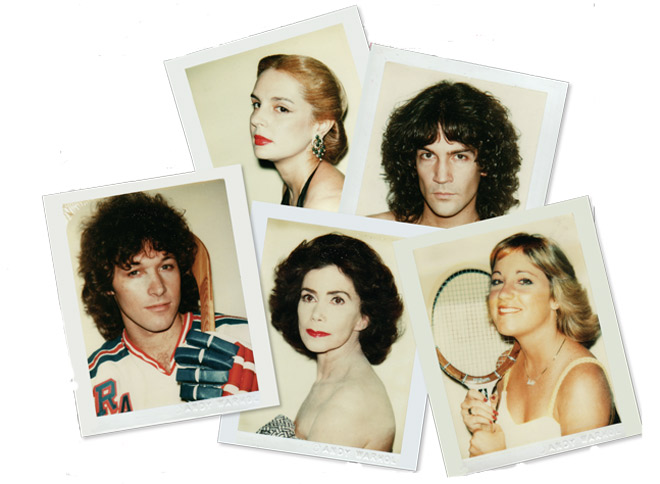 When photo editor Amy Feitelberg and I went to the Luckman Gallery to look through their Warhol Polaroids and decide which ones we wanted to use for the opening page of our Do section in January, curator Marco Rios explained that most of the non-famous people in the photos had never been identified. Almost five years ago the Warhol Foundation had given away caches of Andy’s photographs to various educational institutions with the provison that they catalog, archive, and exhibit the images within five years. A handful of the subjects were famous and, hence, easy to ID: tennis player Chris Evert, designer Carolina Herrera, rocker Billy Squier. Others, not so much. After we flipped through the binders of Polaroids (Warhol really did have binders full of women—and men) and selected our favorite snapshots, we had to figure out who they were of. I emailed images of the two holdouts—a man with a hockey stick and a red lipsticked lady. Our art director, Steve Banks, figured out that we were looking at Ron Duguay (who played hockey for 12 years, most notably for the New York Rangers). After trying to figure out who the woman was to no avail, I emailed Marco once more, who had, luckily, determined it was one Estelle Feldman. Mystery solved.