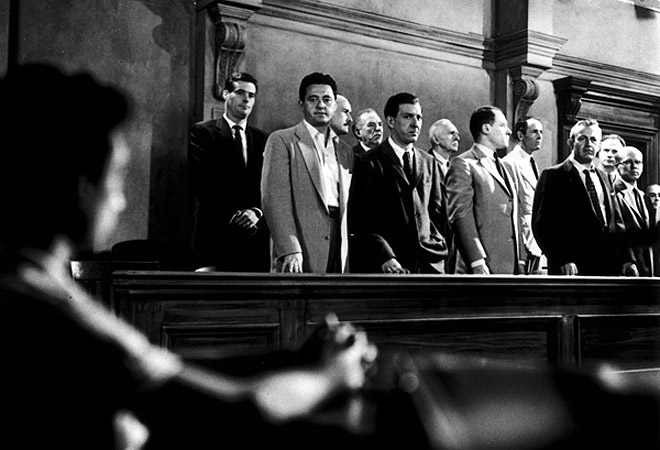 I suppose you could say that spending 18 working days on jury duty is a privilege. I’d been chosen as alternate juror number three (soon to be number two) during the trial of three young men, Philippine nationals, accused of conspiring to transport high-powered weapons to Mexico via the United States. Any judge would say that by participating in the process, I’m helping to uphold our system of justice. After all, if I were being tried for something, I’d certainly hope for a fair and impartial jury. But, of course, it’s difficult to feel privileged when you’re required to be at a courthouse day in and day out for weeks on end, muzzled by law from discussing or researching the case. Because I was on a federal trial, I was holed up in the big off-white building by City Hall at Spring Street and Temple Street.

Now, I love downtown and would happily offer tips on lunchtime gems I found during my stint. But, alas, I can’t: I was too busy trying to edit Steven Mikulan’s titillating crime feature, “Murder in Black and White,” during every available moment I wasn’t listening to testimony in the massive courtroom. If I didn’t bring lunch, then I was maximizing work time by eating behind the courthouse in the sad, semi-subterranean food court at the Los Angeles Mall, on Main Street.

If you have more time, though, and don’t want to devote your full hour to lunch, there’s plenty to see within a ten-minute walk:

*Right across the Spring Street is the Hall of Justice, which is currently undergoing a $230-plus millionrenovation. Closed since the Northridge quake in 1994, it was once the Sheriff’s headquarters and housed jail cells as well as the coroner’s office. Charles Manson, Nightstalker Richard Ramirez, and mobster Bugsy Siegel were all held there, and autopsies of Robert Kennedy and Marilyn Monroe were performed in the basement.

*Walking five or so minutes northeast of the building along Main will take you to the city’s birthplace, El Pueblo de Los Angeles. That’s where you’ll find Pico House, the former hotel built by Pio Pico, the last governor of California when it was under Mexico’s rule.

*A bit further on, you’ll see América Tropical, the recently refurbished mural by David Alfaro Siqueiros, which had been whitewashed almost the moment it was unveiled in 1932 because of the painting’s sociopolitical overtones.

*Up Temple Street, you’ll find the faceted façade of Cathedral of Our Lady of the Angels, seat of Archbishop José Gomez, which was designed by award-winning architect Rafael Moneo and opened in 2002. Look for the alabaster windows.

*Grand Park, which hides between the buildings lining Temple and Hill, opened last July and is a rare specimen in these parts: a pretty public space.

*You can also see a rare high-rise by famed Austrian modernist Richard Neutra: The Los Angeles County Hall of Records. Across from the cathedral on Temple, it’s not what you’d call a celebrated building (Neutra’s firm finished it in 1962), but it is where you should go if, like me, you got called in for a second jury duty stint at the same time you’re already doing jury duty.

New Year, New 523 Complaints of Fraud, Waste and Abuse in City of L.A.