Home Uncategorized The F-Stop: Photographer Sam Jones Gets Into Talkies 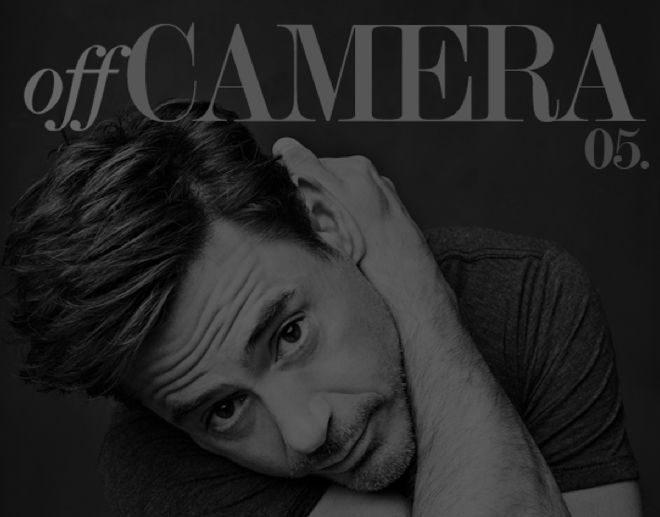 Celebrity shooter Sam Jones is adding to his already extensive resume. Not only is he a great photographer and director who has snapped Ben Affleck, Bob Dylan, Will Ferrell and a million other famous faces, but now he’s a talk show host, too. He launched something called “Off Camera,” a Q&A series which Jones describes as a Web site, magazine, television show, and podcast (a bit lofty, considering each edition is a single interview that you can read, watch, or listen to). The conversations are interesting to be sure, and I’d listen to Robert Downy Jr., who’s featured in the latest episode, talk about almost anything, so I’m in!  Check it out.