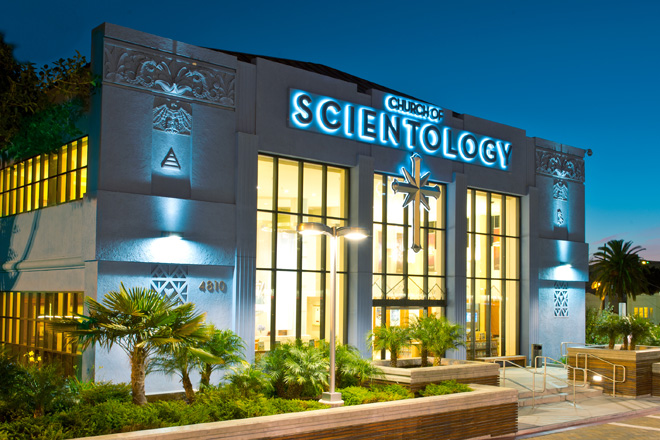 Joel Sappell’s article “The Tip of the Spear” is egocentric, rambling tabloid babble. More than a quarter of a century ago Mr. Sappell spent five years writing intolerably long and factually inaccurate stories on the Church of Scientology for the LA Times. Then media critic James Warren of the Chicago Tribune wrote that the series “became the butt of jokes among colleagues” and that “few heads probably turned” when the results were published. Mr. Sappell forgot to mention this amid all his self praise.

Fast forward to today and Mr. Sappell’s proposed “cold case” grassy-knoll theory that the Church of Scientology may have played a role in the death of his 13-year- old dog 27 years ago is bizarre. Mr. Sappell might as well add that he believes we “shot J.R.” and cause global warming. To reiterate what we told Mr. Sappell in preparing his story we had nothing to do with the 1985 death of a 13-year-old dog nor any other pets of anyone else, nor anything to do with his reporting partner being pulled over by the California Highway Patrol or any traffic or parking tickets Mr. Sappell may or may not have received during the five years he “investigated” the Church of Scientology as well as the last 27 years.

This level of paranoia expressed in Mr. Sappell’s article is exactly what one would expect when a writer deifies his primary source, Marty Rathbun, a self- promoting anti-Scientologist in Texas who is bitter and consumed with resentment and cannot move on with his life (just like the writer himself). Rathbun has been revising his stories to fit any media and his latest exemplifies the revisionist history:

•           Rathbun misrepresents his history in the Church claiming a high position to inflate his status. Rathbun was never part of the Church’s international ecclesiastical management. Contrary to his delusional belief, he was not well known to parishioners, he did not speak at Church convocations and Sappell did not disclose that his only connection to Rathbun was meeting him once nor did he name Rathbun in his 1990 five-year-in-the-making opus illustrating Rathbun’s insignificance in the Church’s hierarchy.

•           The real story is Rathbun was simply a failed external affairs staffer, removed a decade ago for malfeasance, who left the Church in disgrace. He was obsessed with creating and fighting legal cases. In 2003 he self-originated and self-authored a description of his misconduct and admitted to his efforts then to misrepresent his position, stating he masqueraded as “being important or working on important things. It is all the more insidious because that ‘importance’ has been by association with COB [Chairman of the Board Religious Technology Center, Mr. David Miscavige].” Rathbun further described the “fraud” (his word) he perpetrated, “Each and every time on major situations, COB has had to intervene to clean up wars I had exacerbated. For example, left to my own devices in handling IRS litigation, the end result would undoubtedly have been no exemption, a billion-dollar tax bill, and possible shutting down of the Church. I have developed a slick false PR technique of positioning myself as having been integral in handling threats during and after the fact, when they are actually terminatedly handled by COB. By calculation I have lost the Church 43 million dollars on losses and expenses that could have been avoided.” (The entire document can be found at: http://www.freedommag.org/special-reports/sources/marty-rathbun-public- announcement.html and his malfeasance is detailed at www.freedommag.org/special-reports/sources/marty-rathbun-brief- chronology-of-monumental-disasters.html).

Sappell relied on a man who will tell him what he wants to hear. We are the first to admit Rathbun has a history of delusional grandeur with respect to the Church and that no unauthorized, rogue actions he undertook on his own would surprise us. But that doesn’t justify Sappell’s failure to note that his source has shown he lacks a moral compass by admitting in both broadcast and print interviews to having lied in the past, suborning perjury and also to having obstructed justice. Los Angeles Magazine knew and failed to convey that anything said by this man—who carries both a chip on his shoulder and a huge ax to grind—must be taken with an enormous grain of salt.

We are not the Church we were 27 years ago when Mr. Sappell began his story. In those same 27 years the Church has moved on. The kind of warfare Marty Rathbun relished then and apparently desires today is not the direction of our Church.

The Church enjoys peace today thanks to Mr. David Miscavige, the ecclesiastical leader of the Scientology religion. Our energies and resources are dedicated to the growth of our Churches and serving our communities through our social and humanitarian work. Mr. Miscavige has led the Church through the most difficult time for any religion, the passing of its Founder, to where it is today. Some of the accomplishments since Mr. Sappell’s previous article are covered below. (A full description of Mr. Miscavige’s work on behalf of the Scientology religion may be found at www.scientology.org/david-miscavige.html.)

•           This past September the inauguration of the Church of Scientology National Affairs Office in Washington, D.C.

•           The Church completed a massive 25-year program to recover all of its Scripture and make it available to our parishioners, with nearly a hundred million books and lectures distributed in the last decade.

•           The establishment of the world’s largest religious all-digital publishing house in Commerce, California capable of producing some 67 million books and 52 million CDs annually.

The future will see even more growth with some 50 Church buildings in design, planning or construction set to open on five continents, the opening of a Scientology religious broadcasting and media hub in the former KCET historic studio lot and the inauguration of the soon-to-be complete 377,000 square foot Flag Building, our spiritual headquarters in Clearwater, Florida.

The Church works to make Los Angeles and the world a better place by achieving the aims of Scientology: “A civilization without insanity, without criminals and without war, where the able can prosper and honest beings can have rights, and where Man is free to rise to greater heights.” Anyone can find information about Scientology by visiting our website at http://www.scientology.org or visiting one of our Churches.

RELATED: Read The Tip of the Spear