Home Uncategorized Set in Time: The Fate of ‘60s TV Homes Around L.A. 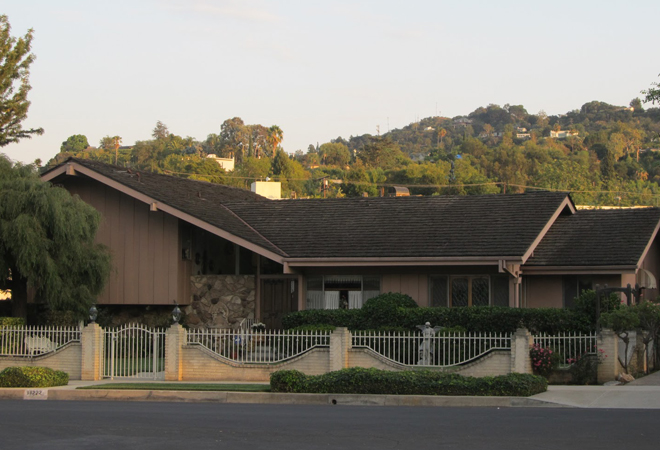 In this September Ask Chris column, man-about-town Chris Nichols explained that Bel- Air’s Kirkeby Mansion—featured in Jerry Lewis’s Cinderfella and The Beverly Hillbillies—had been largely demolished to make way for a larger home. Lindsay Blake, author of the I am Not a Stalker blog, had this to say: “Chris was actually wrong…. I am very happy to report that the mansion is still standing to this day.” She’s right. Though various outbuildings were removed and the structure gutted, a version of the home does indeed exist. It’s not the only 1960s TV home with a story to tell:

1.The Brady Bunch
The ranch-style lines of the NoHo house remain. The second-story window added for the show does not.

2. The Munsters
Built on the Universal Studios back lot, it was a regular on Desperate Housewives.

3. Batman
The TV show’s Wayne Manor is on Pasadena’s San Rafael Drive. In 2011, the bridal shower scene in Bridesmaids was filmed here.