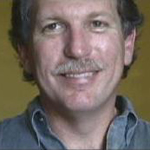 The best journalism, like life itself, comes to us in shades of gray. It allows for nuance and context, even doubt and contradiction. But the story of the late journalist Gary Webb—the crusader who probed the CIA’s connection to the crack cocaine epidemic and who will be played by Jeremy Renner in Kill the Messenger, which begins filming this summer—has mostly been recounted in extremes of black and white.

Since the San Jose Mercury News’ 1996 publication of his “Dark Alliance” series, which alleged that a drug ring affiliated with Nicaragua’s CIA-backed Contra rebels helped “spark a crack explosion in urban America,” Webb has been portrayed as either a courageous reporter or a loose cannon, a hero or a hyperbolist. He spoke truth to power, or he ignored truth in stubborn pursuit of his own agenda. His work has been vindicated. His work has been discredited.

With Hollywood now weighing in, the narrative is sure to tilt toward Webb’s noblest traits. As OC Weekly managing editor and Webb biographer Nick Schou recently wrote, the movie, directed by Homeland’s Michael Cuesta, “is expected to reinstate Webb’s reputation as an award-winning journalist dragged through the mud by disdainful, competing media outlets.” I was working for one of those media outlets—the Los Angeles Times—when we subjected “Dark Alliance” to a withering peer review. Our scrutiny, along with that of The New York Times and The Washington Post, prompted the Mercury News to reassess Webb’s series. His own newspaper ultimately concluded that he had “presented only one interpretation of complicated, sometimes-conflicting pieces of evidence” and had “oversimplified the complex issue of how the crack epidemic in America grew.” The Mercury News’ “Dark Alliance” logo—a man smoking a crack pipe superimposed on the official seal of the CIA—had not helped.

As I write in the June issue of Los Angeles magazine, I took no pleasure in helping expose the shortcuts in Webb’s reporting. I take no pride in it now. “It was a tawdry and defensive exercise,” I write, “all these august institutions piling on a lone muckraker.” My Los Angeles piece actually touches only tangentially on Webb; it is a lengthy examination, many months in the making, of my relationship with legendary crack dealer Freeway Ricky Ross. But the mere mention of “Dark Alliance” has proved ready fuel for the Webb reputation-reinstatement industry. Schou’s story, published on May 29 in the LA Weekly, sported the headline: “Ex-L.A. Times Writer Apologizes for ‘Tawdry’ Attacks.” His opening sentence claims that I played a “leading role in ruining the controversial journalist’s career.” His closing sentence implies that I and my L.A. Times colleagues “helped load the gun that killed Gary Webb.”

Wow. Schou’s description invests me with some powers I have never imagined myself to wield. It also beats the drum for Kill the Messenger, which is based partly on Schou’s book of the same name. As Schou acknowledges, he is working as a consultant on the film.

I have no idea if Kill the Messenger, the movie, will end up being all hagiography—Webb as scapegoat and martyr. I do know that Kill the Messenger, the book, is not. In it, Schou describes Webb as a man of both principle and zeal, vision and blind spots. Webb comes across as fiercely inquisitive, in the best traditions of journalism, and yet not someone who expended much energy questioning himself. It is a moving, and ultimately tragic, story. I encourage anyone interested in Webb’s life and death to read it.

Webb connected some important dots. He discovered that Freeway Rick, the first big crack dealer of South-Central L.A., was buying much of his cocaine from Oscar Danilo Blandon, a privileged Nicaraguan exile whose sympathies lay with the anticommunist Contras. Webb was also right that some factions of the Contras had their hands in the drug business, and that the CIA either knew or suspected what the Contras were up to and continued to support them anyway. I personally find the CIA’s conduct in Central America during the 1980s a shameful chapter of U.S. history. But “Dark Alliance” went further; it implied more. Webb cherry-picked evidence to suggest that Blandon was receiving guidance directly from the CIA—and he ignored evidence that disputed that theory. Webb’s shortcuts undermined his real accomplishments. Did it take a squadron of 17 L.A. Times folks to point that out? As I said recently on KPCC’s “AirTalk,” I think most of us who were assigned to that effort “would look back on that and say it was overkill.” Could the L.A. Times have used some of its capacity—resources that, given today’s journalistic climate, look all the more outsize—to advance the things that Webb did get right? It should have.

Maybe this is just how the pendulum swings: Webb’s excesses begat the mainstream media’s excesses, which begat Webb’s rehabilitation. I am happy to give Webb his due, but what if the truth is not an either/or choice? What if he was a brilliant reporter but also his own worst enemy? What if he was let down by the Mercury News—in the editing of his series and in the response to it—in ways that had nothing to do with the L.A. Times? What if, as one of his former colleagues has suggested, Webb was a man of passion more than fairness?

Even Webb’s suicide, the most distressing part of this tale, resists a tidy narrative. Because he shot himself twice—the first bullet passed through his cheek—conspiracy theorists continue to insist that Webb was silenced by the CIA. Schou dismisses such speculation, and yet now appears to make me an accessory. Webb paid an awful price for the shortcomings of “Dark Alliance”; nobody should feel good about that. But Webb’s final years, as Schou’s book recounts in wrenching detail, were marked by clinical depression—a condition that predated “Dark Alliance”—which he sometimes treated with prescription drugs and sometimes with weed. His marriage had frayed, a result of Webb’s infidelities, and he was heartbroken over a girlfriend who refused to take him in. His motorcycle had been stolen. His ex-wife was garnishing his wages. In short, it was the sad stuff of the human condition.

Something tells me the Hollywood version of Kill the Messenger will end on a far less equivocal note.