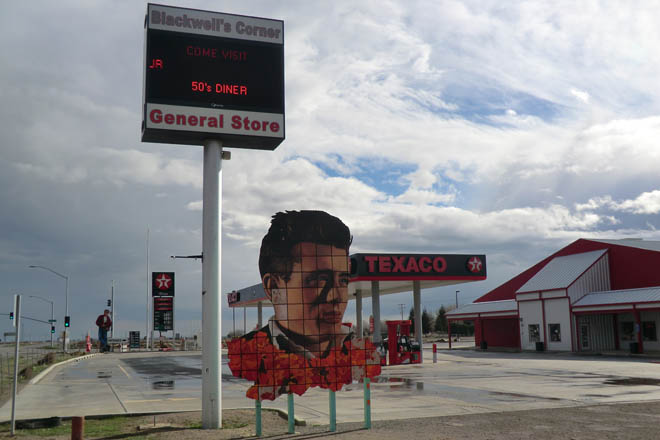 Our February Time Frame, “Ghost Rider,” featured a shot of James Dean filling the tank of his Porsche Spyder—Dean called the car “Little Bastard”—in Sherman Oaks before dying later that day on the road to Salinas. “This is the first I’ve heard of Little Bastard’s folklore,” wrote reader Nikki Sloan. Inspired, she offered her own snap of the memorial marking the place where Dean made one final stop, at Blackwell’s Corner General Store in Lost Hills (above). You can officially add “magazine photographer” to your résumé, Nikki.