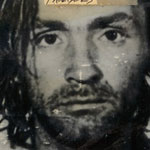 This 2009 feature, written and reported by Steve Oney, was published on the 40th anniversary of the Manson Family Murders, one of the bloodiest killing sprees in L.A. First-hand accounts from those involved in the murders and their aftermath make it a unique and definitive take on the man behind the crimes.

Mary Melton, editor-in-chief:
I read the proofs of Steve Oney’s Manson history when I was out of town and alone in a hotel room. Yes, I had nightmares. It was riveting and thorough and really captured the fear that spread across Los Angeles in 1969. Manson will always be locked up but I am still scared of him.

Ann Herold, managing editor:
I lived through that time and I remember how frightening it was. Everyone thought they were going to be the next victim of Charles Manson. Plus, the story is brilliantly written.

Julia St. Pierre, production director:
I read Helter Skelter when I was way too young. I thought the Manson Family was all coming to Houston, Texas—where I grew up—to get me. I could hear Steve Oney on the phone interviewing people for the story, and and I couldn’t wait to read it.

Steven Mikulan’s wrote about the death of B-actress Yvette Vickers, who achieved the fame she sought in life when her mummified corpse was found at her Benedict Canyon cottage in 2011, last year.

Nancy Miller, deputy editor:
This story sticks with me as one of the creepiest that’s ever appeared in the magazine. The 81-year old Vickers was found dead in her Los Angeles home several months—months!—after her death. I remember the description of her skin without even having to read it again: like “jerky.” Mikulan’s description of Vickers’ apartment is the perfect teaser to lure in the reader:

“The place was a hoarder’s lair, crammed with trash and empty bottles of Harveys Bristol Cream, along with jugs of Woodbridge chardonnay. Covered in cobwebs, her shin bleeding from a rebar cut, Savage called out her neighbor’s name—“Yvette! Yvette?”—but knew there wouldn’t be a reply.”

Gah! I’m too freaked out to write about it anymore. Go read it—and sorry for the nightmares.

Chris Nichols, associate editor:
Why does this story stay with me? Everyone fears dying alone and forgotten.

Randy Kling, the title character of this 2012 true crime feature, found his old flame in a sputtering marriage. He was her out. What she didn’t know was that Kling, a lifelong criminal, was a deadly psychopath.

Matthew Segal, executive editor:
Michelle McNamara’s “In the Footsteps of a Killer” is haunting through and through—even without the killer remaining a mystery—and Steve Oney’s “Manson: An Oral History” is horrifying. I mean, it’s Manson. But the Los Angeles magazine crime story that has stuck with me most may be “The Identity Thief.” True, I worked on the story as writer Louise Farr’s editor, but that’s not the reason. Louise offers a three-dimensional portrait of a psychopath, from his adolescent stint in a mental hospital to his life of petty crime to his middle-aged devolution into the man who manages to re-seduce an old sweetheart and then methodically plots to take over her husband’s metal shop. The murders themselves are, as murders go, pretty straightforward—and I mean no disrespect to the loved ones of the deceased. But the man was so twisted and cunning that when I think of him and the senseless pain he cause, I tend to get philosophical about what makes us human. The guy seemed like a murderer waiting to happen.

In the Footsteps of a Killer


Michelle McNamara’s obsessive take on one of the most violent criminals in California history breathed new life into a cold case investigation and launched an online manhunt for the “Golden State Killer”—a serial rapist and killer who may still be out there.

Amy Feitelberg, photo director:
It stayed with me for many reasons but two things stand out: how the killer would eat food out of his victims’ refrigerators, and the recording of his voice we published online. Sometimes I think of it when it’s dark out and it freaks me out!

Summer Austin, editorial intern:
I find the unknown whereabouts of the Golden State Killer terrifying. One part that stayed with me was “Mad appeared to be his favorite word. Is it still? Or is he no longer the masked intruder working the bedroom screen with a screwdriver but the father in the button-down cardigan checking the locks on his back door?” I think everyone who has read the story wants to know who and where the suspect is now, and McNamara’s description of him checking his own locks is especially powerful. When the patriarch of the popular fast-food chain killed his mother and sister, then himself, he left behind a family wrestling with fate—and each other. Mark Arax told their story in 2008.

Elina Shatkin, senior editor:
This feature is a thoroughly researched deep dive that added new and chilling information about a case that had been reported elsewhere—but never with the same level of detail or insight.

What Happened to Mitrice Richardson?

Mitrice Richardson was a recent college graduate when she was jailed briefly for trying to skip out on a dinner tab in Malibu, then released without a ride, a phone, or money in the middle of the night. She went missing that night, and her remains were discovered in the Santa Monica Mountains nearly one year later. The mystery of her death was unsolved when Mike Kessler penned this investigative report. It remains that way, still.

Shayna Rose Arnold, senior editor:
I grew up not far from the sheriff’s station where Mitrice Richardson was last seen before her disappearance. Like many of the readers who’ve weighed in on the story, I continue to wonder what caused her very suspicious death.