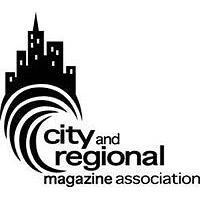 This morning, we got word that our very own magazine was nominated for 19 City and Regional Magazine Association awards—more than any other publication recognized! Other magazines with double-digit nominations include Texas Monthly, Philadelphia magazine, and Washingtonian (we must say, we’re in excellent company).

More than 100 judges from magazines like Bon Apetit, GQ, New York Magazine, and The Atlantic selected the finalists, which total 150 and represent 34 publications. It is an extraordinary showing, one that we’re extremely proud of. Check out what we’re nominated for below:

Reader Service
The Power Playbook for Getting Fit (January 2013)

Blog Column
“What to Drink” by Caroline Pardilla

For a full list of nominees, click here. Winners will be announced at the 38th CRMA Annual Conference May 17-19 in Washington, DC.