Home Entertainment Industry Getting the Star Treatment with Lyle Waggoner 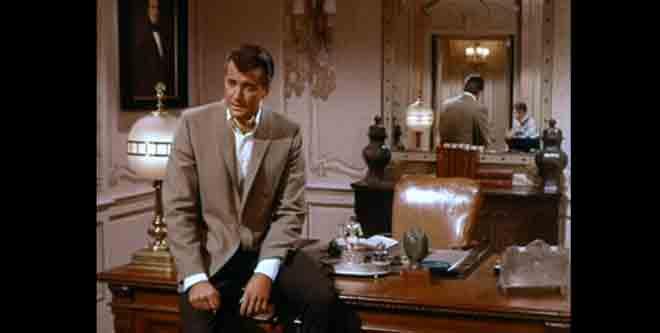 Luxury trailers have become mainstays on film and TV sets around Los Angeles, taking economy of space to new heights. Manufacturer and supplier Star Waggons has had the market on lockdown since 1979, when actor and founder Lyle Waggoner bought his first motorhome to lease out to the producers on his then-hit show, Wonder Woman.

At 78 years old, Waggoner has since handed over the reins to sons Jason and Beau. Today, Star Waggons has trailers from its 700-strong fleet in four U.S. cities, with a few more in Vancouver. We chatted with Waggoner about his early days in the biz, what it takes to dominate the trailer industry, and some of Teri Hatcher’s pre-Desperate Housewives set demands.

You already had a pretty impressive acting resume in the late 1970s. What made you switch gears to this line of work?
When I was on the Wonder Woman show, (producers) gave me a very nice motorhome they had rented from some private owner in the Valley. I said, “Well, if I had a motorhome, would you rent it from me?” I was always entrepreneurial-oriented, trying to find a business to get into. So I went out and bought a motorhome and rented it to the production company for the three years that I was on that show.

During that time, I discovered that there was no one-stop shopping place where they could go and get two or three or four or more motorhomes all at once. They’d have to go to all these individual people. So I started buying motorhomes and started Star Waggons that way. After three or four years, I thought, “Motorhomes are expensive to maintain, with their engines and running gear. If I had a trailer that had the same amenities on the inside as a motorhome, but without an engine or running gear, they could pull it with a pickup truck and then drop it where they needed it.”

I found a manufacturer and had a prototype of a makeup trailer built. I put it out in the field and boy, they absolutely loved it. We started building trailers in 1988 and selling off the motorhomes — I had about 90 — and eventually got rid of all of them.

What’s the market been like? Any big competitors?
There were several smaller companies that were competing, but we were always kind of the top dog. The other companies would pretty much take our overflow, but as we got enough trailers, there wasn’t much overflow and they kind of disappeared. Now we’re having to branch out—California is not a business-friendly state and the production companies are going to the states that are offering incentives. We used to be pretty much order-takers. We didn’t have to go out and beat the bushes to find business or deal with other competition, but now that the production companies are going to these other states, we have to go out with ‘em.

While you were running the company, did you get any particularly extravagant requests?
No, nothing really outlandish. We rented a trailer to the production company (of Lois & Clark) and [Teri Hatcher] came back and said she wanted a few things changed. We had to reupholster a lot of it, she drew up her own floorplan, and we had to move things around for her. [Her design] was really quite good, I thought.

The thing is, all of these trailers have to be pretty much identical. If actors on the same show feel that the other actor has a better trailer than they do, they are not happy. The key is to keep everybody happy. Teri’s trailer still looked the same on the outside. The deal was, after the show was over, they would have to change it back to match the others. That’s the only time that I can remember where we had to do a little customizing.

We have about 20 to 25 different models to satisfy various levels of success. You got your day-players or the ones who just got into the business—they get a five-room trailer and five of ‘em stay in one. And then it goes down to the three-room trailer which is a little nicer for people with a more experience—a little more pull, let’s put it that way. Then there’s the two-room trailer, and single-rooms. All of these are decorated very elaborately. It’s difficult for them to complain about anything.

Your son Jason handles the rental exchanges, while Beau oversees the manufacturing. Did you give them any advice when they took over?
I told them, “If you want me to hand it down to you, make you partners, then I want you to run it as if I had sold it. Because when I step away, I want to really step away.”

Do you miss running the show?
No. I still have that entrepreneurial spirit, but I’ve already activated it. I built the business. It was really exciting to have an idea at the beginning, make the investment, take the risk, buy these motorhomes and put myself out on the limb to make payments, and then to have the company be successful. I wish there was more of that done these days, people going out there and taking a risk. I guess if my company had failed, I would be talking a different way.