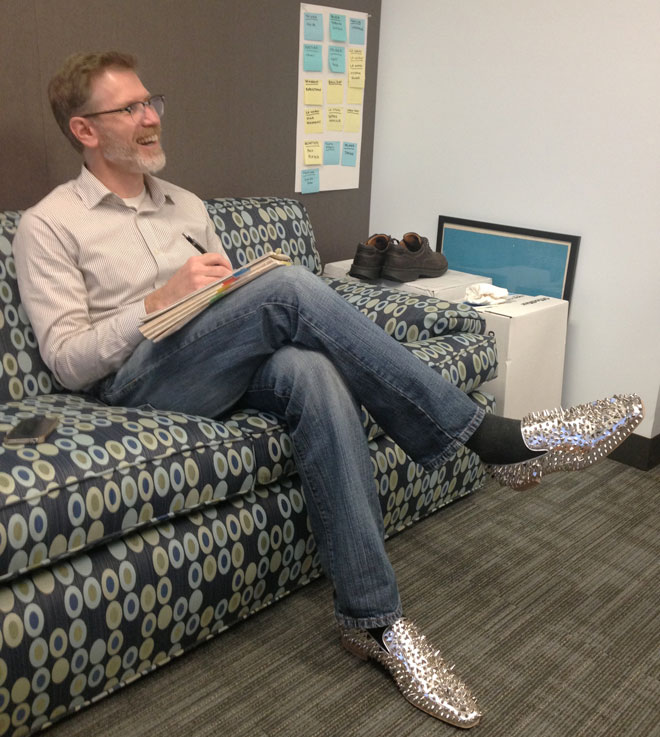 It was just another day at the office for executive editor Matt Segal. He likes to rock his spiky Christian Louboutin loafers around press time to make sure we stay on deadline. And when we see those silver shoes, we all know what’s coming when he says he’s going to give a lagging writer a “nudge.” Actually, none of that’s true. We forced him to try on the dangerous footwear, which were part of the tin man’s ensemble in our Oz-themed March spring fashion feature. Matt is a sensible guy (check out his sensible shoes to his left). He’s also a somewhat serious fellow, which made his costume change almost as funny as the time he showed up in a full-body Snoopy suit. Too bad we didn’t get a shot of that.